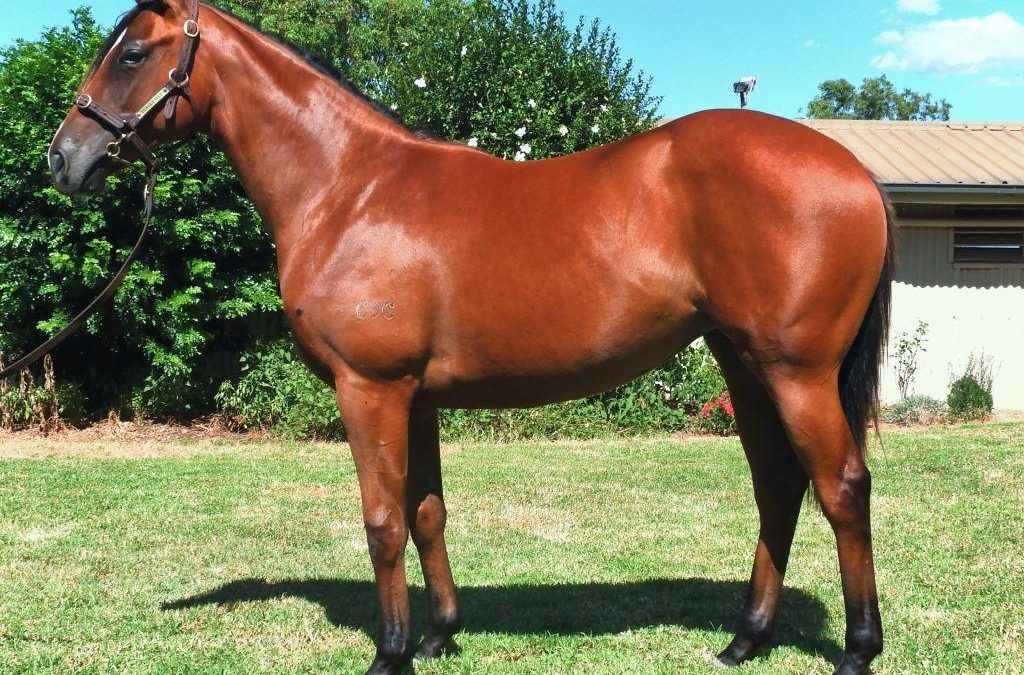 It’s been a while but honest 3 year old TOO HOT TO HOLD finally broke through at the Gold Coast Saturday.

In eight previous tries the daughter of SIZZLING had put together a frustrating regime which included a pair of seconds, a third and two fourths.

However the patience of trainer Steve O’Dea and a happy band of owners was rewarded following an equally patient ride from Anthony Allen who took a rails run from midfield coming to the turn and produced the filly in the straight to eventually win by a neck.

TOO HOT TO HOLD is a member of a very good Queensland family being out of a half sister to MAGIC MILLIONS winner REAL SURREAL and GROUP 3 winner BENNY’S BUTTONS. She was a $40k purchase for PROVEN & Steve O’Dea Racing at the 2017 Inglis CLASSIC SALE (pictured).

O’Dea has no ambitious plans for the future especially as today was this girl’s 7th run this preparation. But down the track she looks capable of earning more QTIS bonuses over a bit more distance than Saturday’s 1300m.