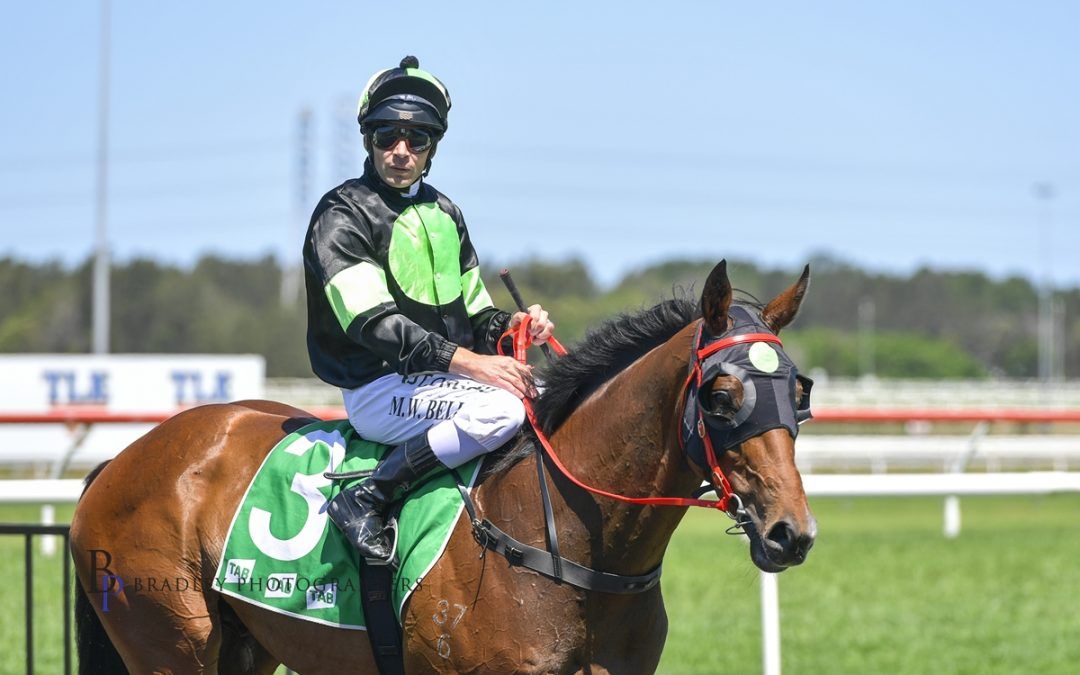 Faced with a heavy (8) surface for the first time in his short career, MACCOMO burnt the candle at both ends in the 1400m Class 1 but held on grimly to score by 0.2 lengths under Mitchell Bell. The time was half a second quicker than the other 1400m event of the meeting.

The gritty performance followed a similarly tough win when leading throughout on a hot speed at Bathurst last month.

It would seem that trainer Joe Pride has found the key to this galloper, by having him ridden on pace with blinkers on.

In his earlier starts, the son of CHARM SPIRIT had run below expectations, appearing to resent being in behind other horses.

MACCOMO was purchased by Proven Thoroughbreds for $NZ85k at the 2018 NZB Karaka Yearling Sale.

He is out of Group 1-winning mare THE MIGHTY LIONS who was also placed in the South Australian Oaks (2500m) which would suggest that 1600m may be within MACCOMO’s optimum distance range.

Tuesday’s result brought up our 39th winner for 2020 and 20th for the season.