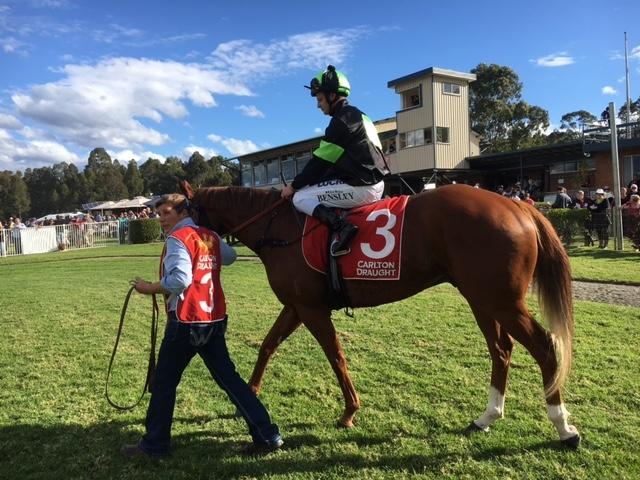 Lightly raced 4 year old COUNTERFIRE disposed of his maiden status in style at Nowra Sunday at his first run for 311 days notching up PROVEN’S 15th win for the year in the process.

Sitting three deep with cover in the $40k 1400m Showcase feature, the Pentire gelding showed admirable fight to hit the front soon after straightening and hang on gamely to win narrowly under Richard Bensley.

In a first class training performance, John Bateman patiently prepared COUNTERFIRE following the long break due to a knee injury. The gelding had previously shown staying potential when placed over 2000m last winter at Canberra so to see him score first up at a trip he’d previously not been competitive in, was very gratifying for his loyal band of owners.

The victory was also very sweet for PROVEN THOROUGHBREDS as Bateman was a long time foreman for the late Guy Walter prior to launching his own business in 2014. On his Nowra victory the horse looks destined for better races over ground through the winter months.