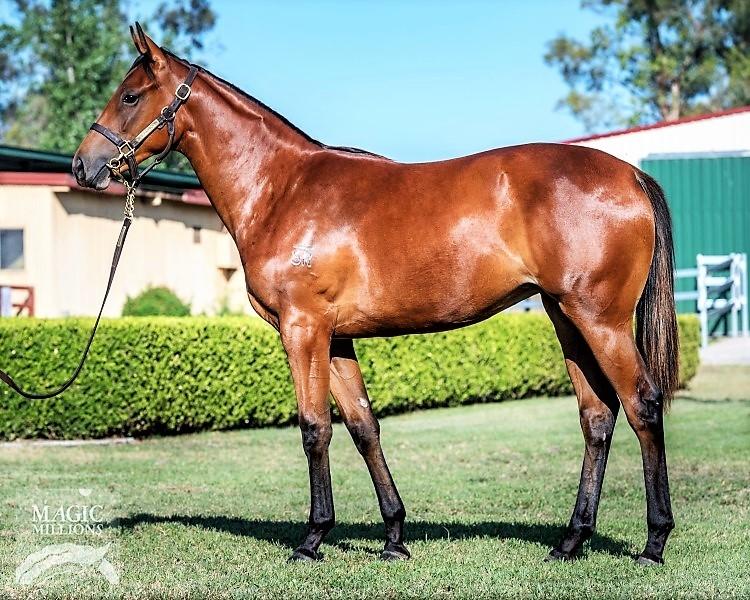 A bid of $150k secured lot 780, a daughter of SEBRING from GRANADOS (full-sister to ROCHA).

ROCHA (by ENCOSTA DE LAGO) won the 2008 Group 2 Wakeful Stakes (2000m) at Flemington before a commendable fifth in the Group 1 VRC Oaks (2500m) behind one of the best fillies of the modern era in SAMANTHA MISS.

She was also placed in the Group 2 Surround Stakes (1400m) at Randwick before becoming a broodmare.

Like ROCHA, this SEBRING filly has plenty of scope about her, indicating that long distance races will be to her liking.

Interestingly, ROCHA has produced a SEBRING filly of her own called WHISKEY SHOOTER (therefore a 3/4 sister to this filly) that won a metropolitan two-year-old race on debut earlier this month before finishing five lengths astern of SUNLIGHT in the Gold Coast Magic Millions 2YO Classic (1200m) just eight days later.

Our filly will be prepared by Steve O’Dea in Queensland, where she will be afforded every opportunity to capitalise on Magic Millions bonus races.

To make an enquiry about this filly CLICK HERE.