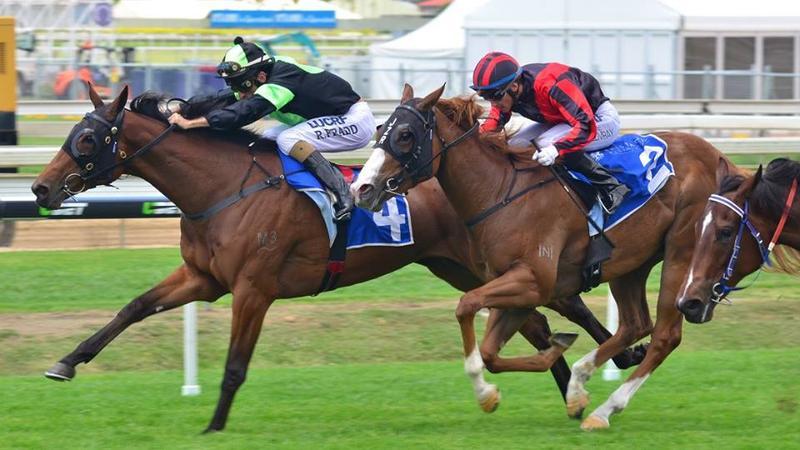 Sebring filly CANDIKA kept her unbeaten record intact at Doomben Saturday when taking the second of the 1110m 2yo events. Ridden a treat by Paul Hammersley, she never left the rails to nail the leaders 50m out and win narrowly by 0.2 of a length.

After scoring on debut at Doomben in rain affected ground, CANDIKA had a short letup with the MAGIC MILLIONS 2yo CLASSIC in mind. This victory ensures a start and gives her an undeniable chance.

This filly is a triumph for trainer Steve O’Dea who was very keen on her at the Magic Millions Gold Coast Sale earlier this year. After being passed in for 90k, we subsequently purchased her for 100k from Kia Ora Stud.

At the risk of stating the bleeding obvious Steve & I will be on the Gold Coast in JAN 16 looking for more CANDIKA’S …..and dreaming of victory in the big race with our first runner.