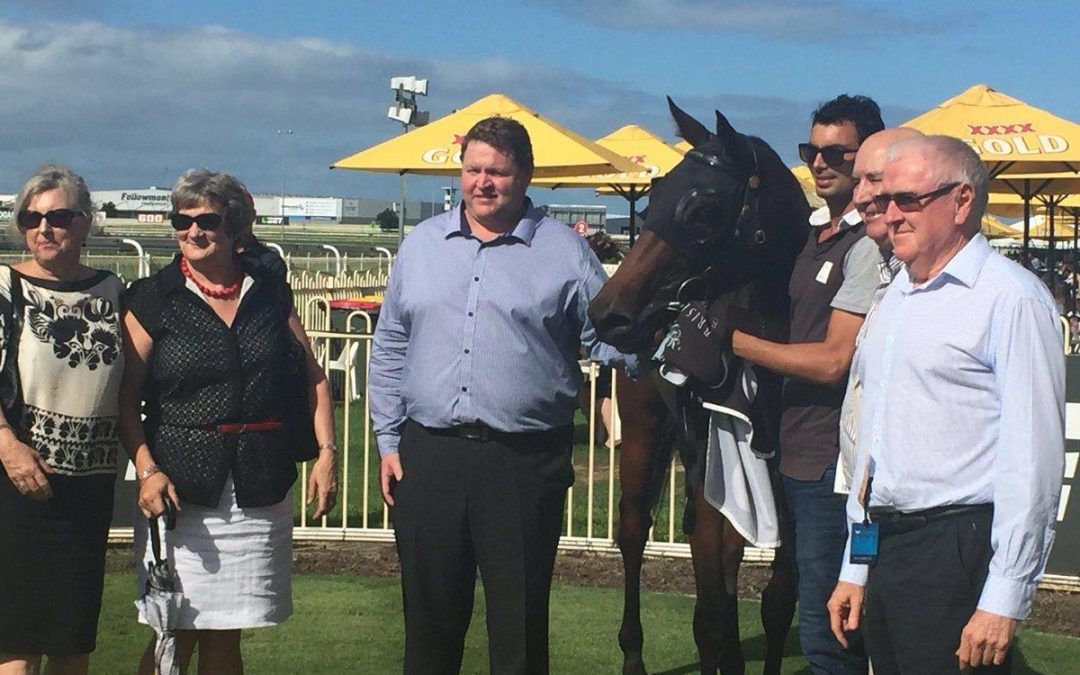 Quality filly CANDIKA made it two wins on the trot, something she hadn’t done since her first pair of starts, when annexing the C3 Plate at Doomben Saturday.

With a bevy of scratchings the SEBRING filly only had to confront a field of 5 by post time and despite a wide run from the outside gate on the HEAVY 9 surface, she proved too classy cruising home by 3/4 of a length.

The victory was CANDIKA’s fourth and formed the second leg of an unprecedented city winning treble for Steve O’Dea, With over $360k banked, the filly will now be set for stakes events over the winter carnival. Her distance range is unknown but possible options are the Princess Stakes at Eagle Farm, the Gold Coast Bracelet and perhaps the Doomben Roses.

For Steve O’Dea it was a memorable day. Apart from CANDIKA, the promising addition to the stable, CHOISIR 3yo NEVER SAY THIS, completed a city double when winning the 2000m event for 3yos and hardy mare BEATNIKS recorded her 8th win from 33 starts in the 1350m Open Hcp.

CANDIKA became PROVEN THOROUGHBREDS’ 11th winner for the year on a day that evoked memories of the late Guy Walter, when ZANBAGH, formerly trained by Guy, won her second successive EMANCIPATION STAKES under John Thompson, another PROVEN trainer.