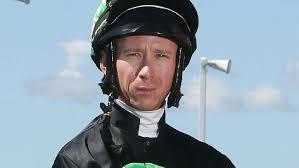 On paper, they looked like healthy chances and that’s exactly how it turned out at the Sunshine Coast Boxing Day for the Steve O’Dea trained pair of BLONDE BY CHOICE (Jim Byrne) and SCALLOPINI (Paul Hammersley, pictured). Both endorsed their favourite status with impressive victories, the double lifting the number of PROVEN wins to 47 for the calendar year.

In the 1400m Maiden for 4yo’s and up BLONDE BY CHOICE came from a 3 deep and rearward position with a sparkling finish down the centre of the track to break her duck in style. The CHOISIR 4 year old has been a late starter due to a tendon injury and a pelvic complaint. So, for her band of owners the victory was hard earned and very deserving. Steve thinks he’ll likely spell her now following half a dozen runs in the mare’s first racing preparation.

Later in the day when the track had improved slightly to a SOFT 6, Hammersley expertly guided SCALLOPINI to an emphatic win after being ridden in different fashion to his brilliant come from behind triumph at the Gold Coast first up. Kicking up to hold the fence in a muddling run affair, the SNITZEL 3yo found plenty in the run home to score by over a length.

Both Magic Millions graduates, BLONDE BY CHOICE and SCALLOPINI were purchased from Zammit Bloodstock and Yarraman Park respectively.

With just 4 days remaining in 2017, PROVEN requires another 3 victories to crack 50 for the year. Whilst mathematically possible, it’s a tall order for our remaining runners. But you can only dream!