ARGENT in a Thriller! 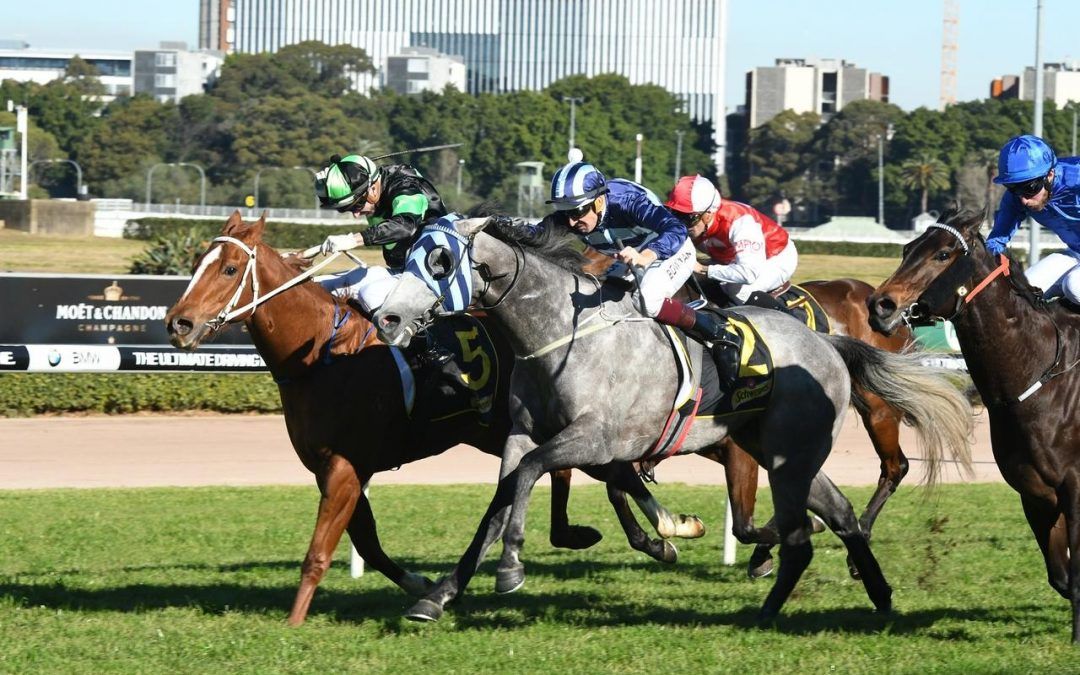 In great theatre at Randwick Saturday, ARGENT D’OR under desperate riding from Brenton Avdulla survived by the narrowest of margins over hot favourite Spending to Win, ridden by premiership rival Hugh Bowman in the 1200m 3yo event. The victory edged Avdulla half a win ahead of Bowman only for the latter to strike back two races later on Kings of Leon.

After winning a 1200m race on a Heavy track at Canterbury back in February, trainer Joe Pride set ARGENT D’OR for winter three year old races to capitalize on the remaining BOBS bonuses. So it was mission accomplished for the son of SEBRING who took his record to 3 wins from 10 starts and earnings of 145k.

Joe doesn’t have any grandiose plans for the horse with his preference for wet tracks a strong determining factor as to where and when he races next. The victory was also PROVEN THOROUGHBREDS’ 23rd for the calendar year.

The day was a triumph for prolific owners Francis & Chris Cook who own nearly half of ARGENT D’OR as well as being the major shareholders in Kings of Leon. As for the jockeys’ premiership, it’s Bowman by half a win from Avdulla with only 2 meetings remaining.