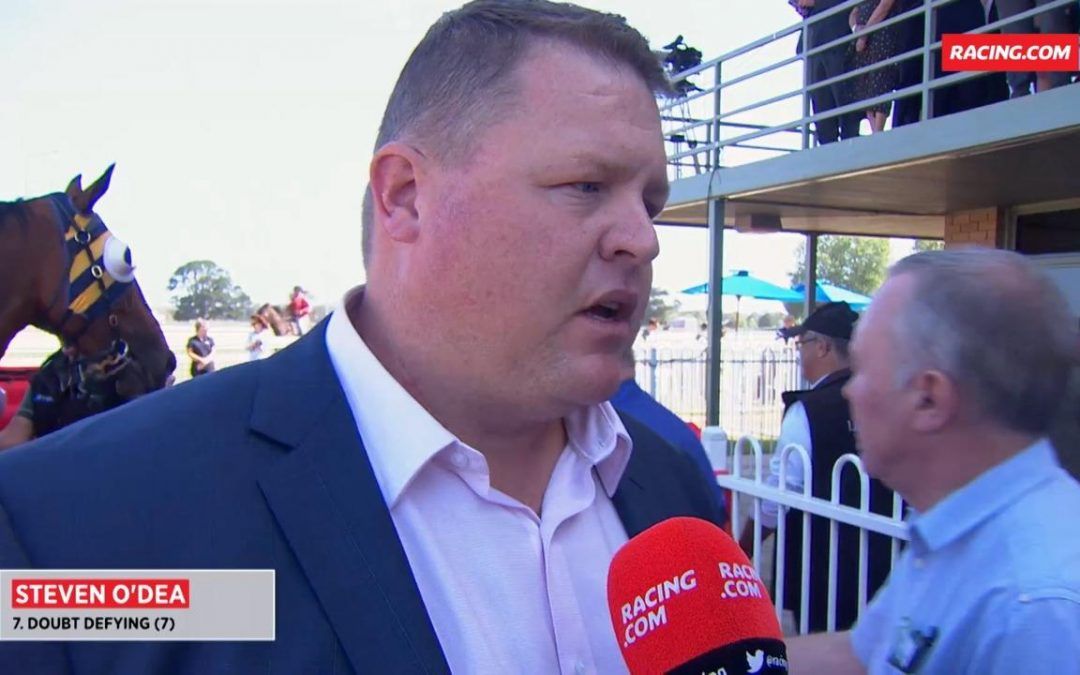 Bridesmaid at her two previous starts, the 3yo by in form stallion DECLARATION OF WAR took an inside run on straightening and disposed of her 10 rivals, handling the heavy conditions to score by 1.5 lengths.

“The inside was maybe not the best ground today but I wanted to ride her like the best horse in the race,” jockey Ron Stewart confessed post race.

“I got to the front a bit too soon as well and she wanted to look around but ultimately got the job done.”

Steve has no lofty plans for the filly other than taking advantage of softer track conditions at this time of the year.

DIPLOMATIC MISS will likely step out in a provincial Class 1 in coming weeks as she looks to build on her record of 1-3-0 from just 6 starts.