A Sunny Double (treble for O’Dea)! 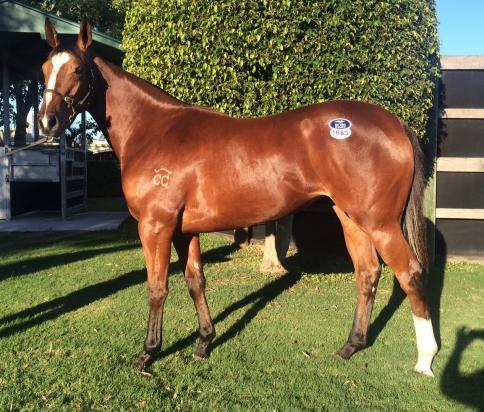 A second metropolitan treble for Steve O’Dea including a PROVEN double was the highlight of midweek racing at the Sunshine Coast on Wednesday.

Highly promising filly FRANCISCA (pic) made the demanding step from maiden to Class 2 company in style, racing away from her older opponents in the 1400m event for Ronnie Stewart and relishing the spacious circuit after a wide run. Only three on August 1, this filly is technically two months out from her third birthday on October 8 adding further merit to her performance.

Moody galloper REAL STING was the second leg of the PROVEN double under an inspired Damian Browne ride. Freshened up and back to 1400m in distance the lightly raced six-year-old burst through the field in the shadows of the post after being inconvenienced on the point of the corner. Though only his third victory in 20 starts, Steve feels city wins on a Saturday are not beyond the gelding.

Earlier in the day, Steve saddled a winner for Aquis Farm, SETOGA, a debutante by YOUR SONG. The treble for the O’DEA stable is a grand start to the new season and the PROVEN double takes our total to 27 wins for the calendar year.