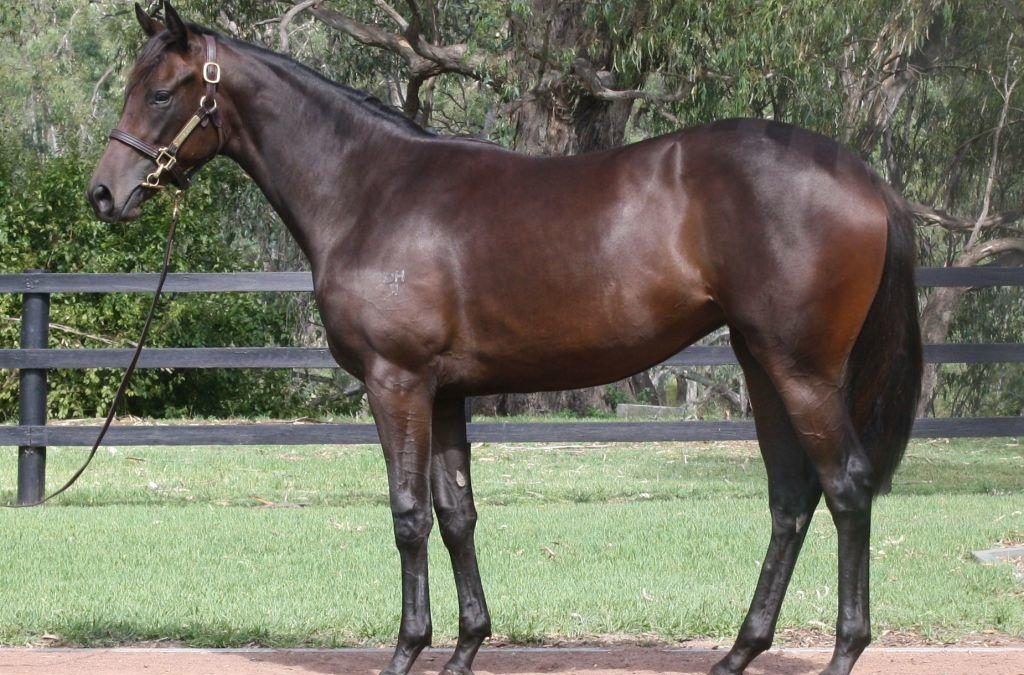 Lot 475 (pictured), a daughter of KUROSHIO from the FASTNET ROCK mare FAST FLEET, was the first purchase – knocked down for $60k.

FASTNET ROCK has been one of the country’s leading stallions for a number of years now and his quality is expected to translate to success as a broodmare sire in seasons to come.

And FAST FLEET’s only foal to race is the stakes winner SANTA ANA LANE (by LOPE DE VEGA).

Further down the page there are multiple other stakes winners including FLAG OFFICER (by EXCITES), PETALA (by CAPTAIN AL), and BLIMEY O’REILLY (by O’REILLY).

KUROSHIO (by EXCEED AND EXCEL) was a precocious sprinter from the Darley stable who won the Listed Maribyrnong Plate at Flemington on debut and the Group III Blue Diamond Prelude as a two-year-old.

In the following season, he defeated older gallopers at weight-for-age in the Group II Ian McEwen Trophy at Moonee Valley.

The filly was one of the picks of the sale for trainer in waiting Steve O’Dea.

Lot 664, a son of RESET from the FLYING SPUR mare SWEET HOME CHICAGO, was the other addition. A bid of $40k secured the colt, the first foal out of the dam.

SWEET HOME CHICAGO was a winner over 1000 metres and is a half-sister to Group III winner GET SQUARE (by REDOUTE’S CHOICE).

RESET has been a grand stallion over the year and his progeny continue to perform at the top level even as he approaches the end of his stud career. His top performers include FAWKNER, PINKER PINKER, HAURAKI, SET SQUARE, DISPOSITION and REBEL RAIDER.