THE WILD ONE trots in! 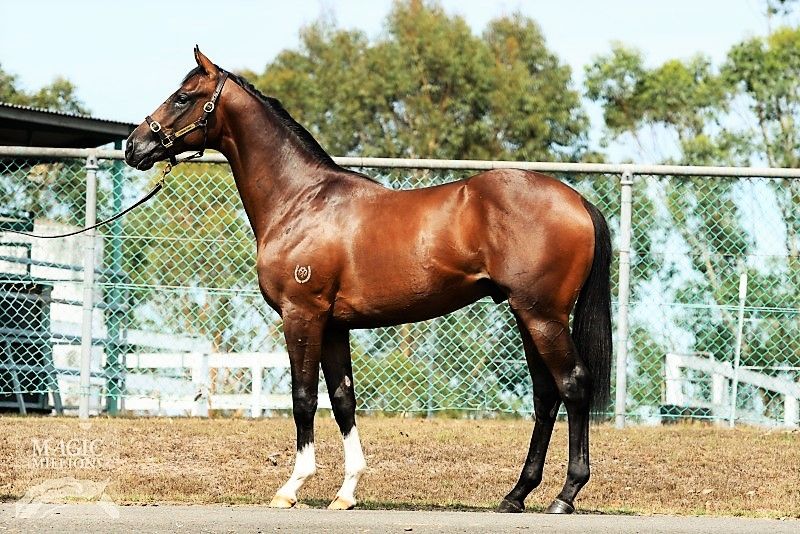 THE WILD ONE provided the perfect advertisement for gelding when blowing his opposition away by more than five lengths at Grafton on Monday.

The Steve O’Dea-trained three-year-old was a story of unfulfilled potential prior to Monday. By the country’s leading stallion in I AM INVINCIBLE and out of a sister to Group 1-winning stallion FOXWEDGE, THE WILD ONE was always going to be tried as a colt but after two average runs as a two-year-old, it was decided that gelding would be in the best interests of the horse’s racing future.

Steve identified the 1020m BOBS maiden as a suitable first-up run for THE WILD ONE, and the result was never in doubt.

Rider Stephanie Thornton sent THE WILD ONE to the front early in the piece and that’s where the pair stayed, dashing clear in the home straight to finish 5.2 lengths clear of the nearest chaser.

“Great to see him get the monkey off his back. Gelding has been the making of this bloke,” stable foreman Matt Hoysted said.

“Today was a good confidence boosting win for him. He’s always had a bit of an opinion of himself and shown really nice potential.”

With his maiden win now out of the way, THE WILD ONE is set to make a return to Brisbane and begin his progression through the grades as a gelding.

The win was Proven Thoroughbreds’ 42nd for the calendar year and 7th for the 2019-20 season.