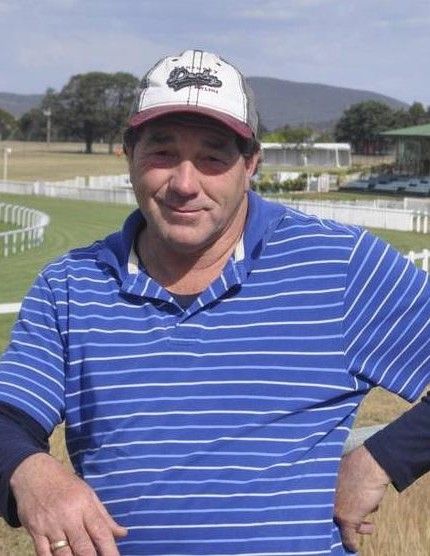 Multiple runners for PROVEN over the next 7 days and a number of horses getting ready to return through trials. Generally the case with us at this time of the year as so many of the 2 year olds are not early comers and invariably debut over the winter or early spring.

First up Saturday John Thompson sends one such example, the Jimmy Choux colt CHOUXTORIAL, to Newcastle (or Goulburn Monday if wet) for a 1400m Maiden. Whilst not ideal competing against older horses it is later in the season and this fella has impressed John. Stablemate GREENSPAN, another unraced 2 year old colt, either runs at Newcastle or Goulburn Monday. He’s a son of freshman stallion Reliable Man and revealed ability with a trial win at Hawkesbury recently.

Steve O’Dea takes the frustrating stayer REAL STING to Ipswich Saturday for the biggest day of his life thus far. The 5 year old who’s run a swag of placings this preparation without breaking through, confronts a big field of rivals in the final of the SE Queensland Provincial Stayers Series over 2150m. The big gelding is an enigmatic type capable of winning in the right mood so much will depend on how he rolls out of the box Saturday morning.

Monday looks a busy day at Goulburn. Savabeel filly READABEEL, a good third at her first run back, steps out in the 1300m Maiden for the Joe Pride team. OF THE PEOPLE from the John Bateman (pictured) stable contests the same race along with either GREENSPAN and/or CHOUXTORIAL. The 1500m Maiden is the second race start for Shocking 3 year old ANKLE TAP, another member of the Thompson yard whilst Pentire 4 year old COUNTERFIRE from the Bateman camp looks to build on his impressive first up win in the 1400m C1 to close the meeting.

Steve O’Dea takes a quartet of our gallopers to Deagon Trials Tuesday…..THORNETT, CHOREOGRAPH, BEAU DANCER and REALLY REILLY. Then he journeys to the Gold Coast Wednesday where last start track and distance winners SORNJA (in the C2 1800m) and LOTHARIO (C4 1400m) look to make it two on the trot. Two year old filly FRANCISCA is also nominated for the 1200m QTIS Maiden.

Joe Pride trials Choisir 2 year old THE EXCHEQUER at Hawkesbury Monday and at the Randwick trials 24 hours later John Thompson sends out promising gelding TAHSIN for the first time since January and John Bateman saddles DESTINED TO WIN and BELLA SCENICA for jump outs at Goulburn. So 10 runners and 8 trialists over 5 days will ensure the PROVEN laundry will be working overtime washing the silks!