The Week Ahead JUL 14 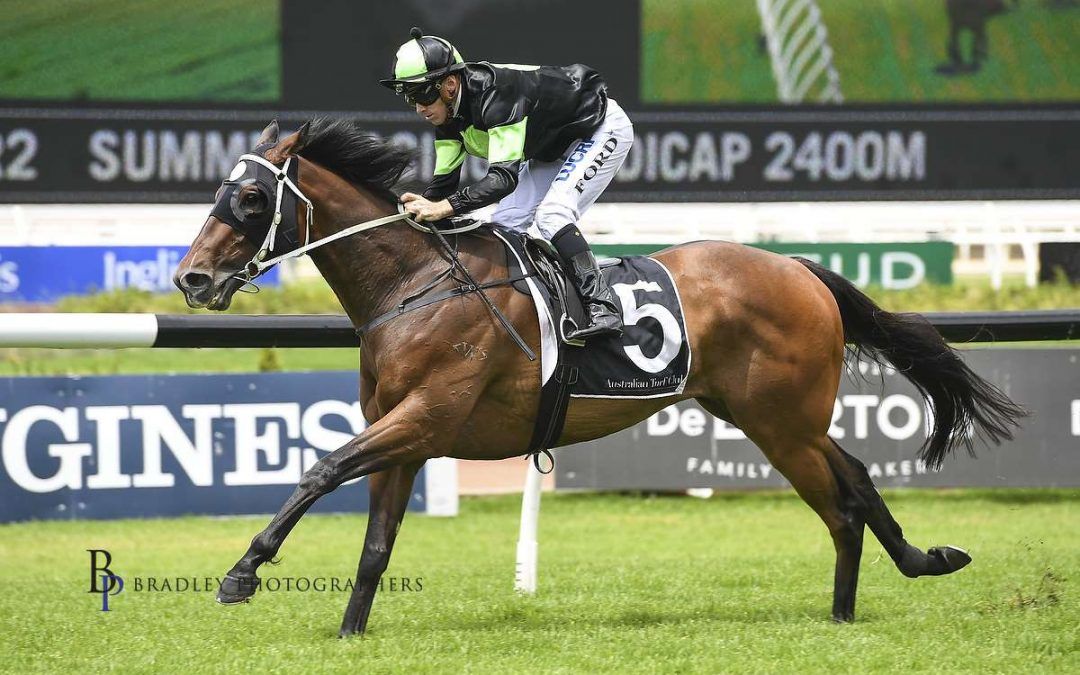 Wet and wild weather in Sydney will preclude a large batch of our Joe Pride-trained horses from running this week but finer conditions in Brisbane will allow for a handful of O’Dea runners to fly the Proven Thoroughbreds flag.

Proven was due to have three runners at Wyong last Saturday but the meeting was abandoned due to rain deteriorating the track.

Trainer Joe Pride intends to trial SNIPPY FOX and ULTIMATE THINKER at Kembla on Wednesday (weather permitting) while the promising PRIVATE EYE is scheduled to return to Wyong next Tuesday for his delayed race debut.

As for this week, one of our more intriguing starters is TAMARACK (pictured), who has appreciated a change of scenery from Warwick Farm to Eagle Farm in recent weeks, finishing a solid third at his last outing. The six-year-old gelding will be in search of his 7th career win when he lines up in the 2150m Open Handicap on Saturday.

INVINCIANO appreciated firmer footing on her home track of Warwick Farm last Wednesday, finishing a gallant third after leading. Though the race was conducted on a soft (6) it was a vast improvement from the heavy tracks she was faced with in her first two starts of the preparation. She normally takes a few runs to hit her peak so should be hitting her top next start.

Comment: Had her race debut delayed due to a minor setback but won her most recent trial in impressive fashion. May need the run given she is going straight to 1200m.

Comment: Caught the eye on debut with a fast-finishing third over 1100m at Ipswich before falling victim to a slow pace last start at Doomben. Up to 1400m suits.

Comment: Racing his way back into form since switching from Sydney to Brisbane. Only beaten 1.6 lengths in this company last start and gets out to an ideal distance.

Comment: Fell short of expectations last campaign but seems to have come back in better form based on recent trials. Can pull out a run fresh.

Comment: Yet to recapture form from last year finishing out of the placings in four runs this preparation. Needs to lift here but gets her preferred track.

Comment: Typical slow maturing New Zealand-bred whose only public trial was a good effort at Warwick Farm. Won a recent jumpout at Goulburn but may be looking for a touch further than 1200m.