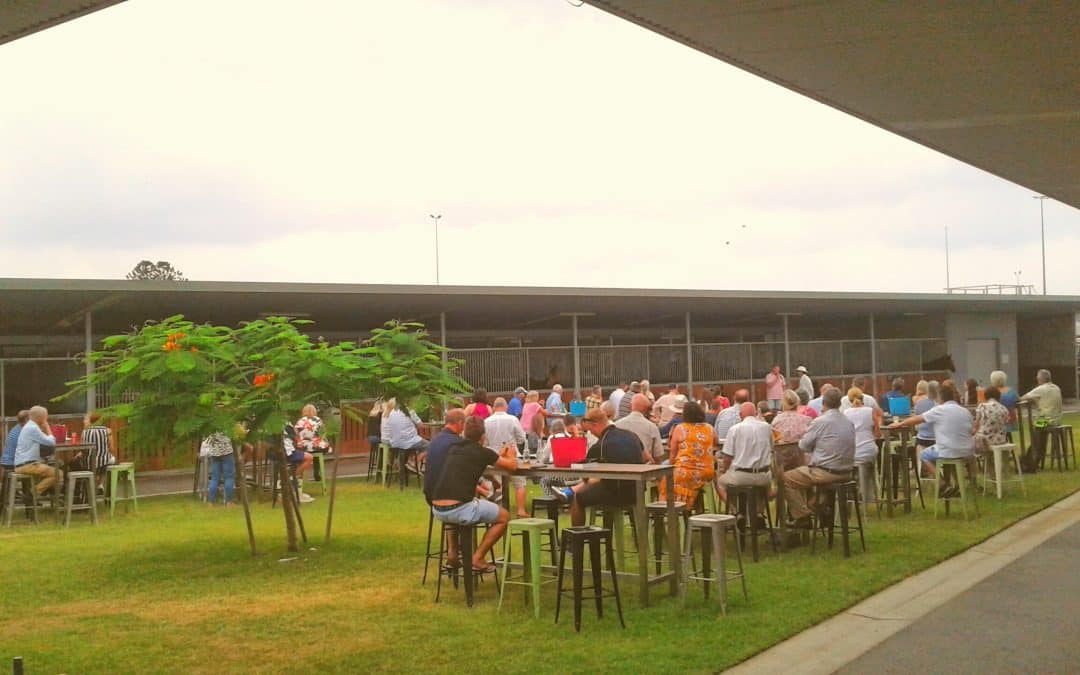 We concluded last week with our annual Xmas drinks at Steve O’Dea Eagle Farm stables where our clients celebrated a year of unprecedented success in the sunshine state.

2019 proved fruitful for the Proven Thoroughbreds-Steve O’Dea combination with a plethora of city winners rolled out at a consistent rate. Among our Saturday winners for the stable included RECKLESS CHOICE, COOL SEQUENCE, SCALLOPINI, MISSED THE ALARM, GOTTA KISS & SIENNA ROSE.

And the stage is set for an exciting Magic Millions carnival with a handful of those winners to descend on the Gold Coast in January – most notably our all-ladies horse GOTTA KISS, who is one of the early fancies for the $2 million Magic Millions 2YO Classic.

The daughter of NOT A SINGLE DOUBT is due to trial at Deagon on Tuesday ahead of her Magic Millions lead-up race on December 21 at Eagle Farm.

BLACKBOOKER: OCEAN TREATY powered home into third when resuming over 1400m at Hamilton last week. She’s a well-bred staying three-year-old so it was most pleasing to see perform the way she did and a repeat effort over a touch longer next start would see her go close.

Comment: Game in defeat last start over this course and distance. Has drawn wide again so will need some luck in running but should be at the top of his game now in terms of fitness.

Comment: Caught wide throughout at Rosehill last start and not surprisingly compounded late. Rises to 1500m for the first time in her career but is drawn to get a soft run from the inside barrier.

Comment: Felt the pinch late when second-up at a mile last time out. That was only her second start in a race so it would be reasonable to expect more improvement here.

Comment: Returning from another little freshen-up as he gets ready for the Magic Millions meeting in January. Wouldn’t want it too wet for him but is rarely out of the money (placed in 18 of his last 21 starts).

Comment: Bounced back into form with a gallant third placing in the Listed ATC Cup last month. Can obviously mix his form but is in the right company and is certainly talented on his day. Coming back in trip is a slight query.

Comment: Bounced back into form with a gallant third placing in the Listed ATC Cup last month. Can obviously mix his form but is in the right company and is certainly talented on his day. Coming back in trip is a slight query.

Comment: She was electric at Kembla, winning in close to track record time for the 1200m. The form out of the race has held up and she’s won a trial since. Top chance again.