SO SPIRITED charges to victory at Warwick Farm 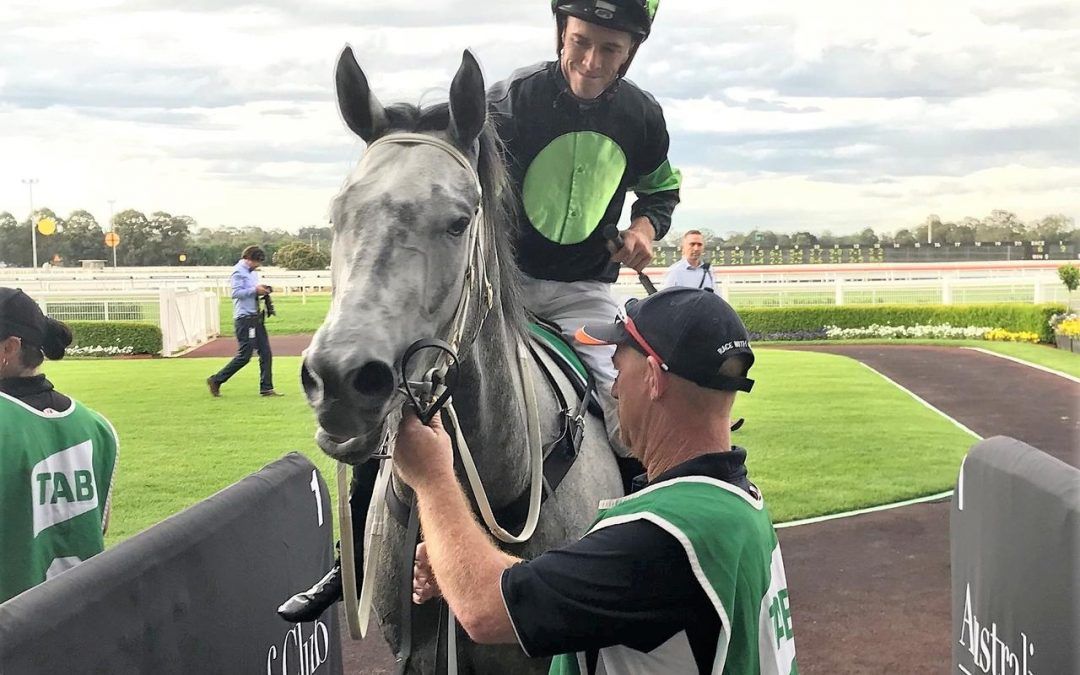 Consistent gelding SO SPIRITED may have earned a trip to Melbourne following an impressive win at Warwick Farm on Wednesday.

SO SPIRITED lined up in the 1400m BM74 alongside fellow Proven Thoroughbreds galloper TAHSIN before the pair finished first and third respectively.

Rider Jay Ford found a perfect spot in transit aboard SO SPIRITED before taking an inside run and dashing away for a 1-1/4 length victory while TAHSIN snatched a dead-heat for third following a successful protest against the judge from trainer John Thompson on behalf of the owners.

SO SPIRITED has been a model of consistency for the Joe Pride stable despite issues with his feet, but with that ailment now seemingly behind him, the grey four-year-old is living up to his potential which is testament to the patient approach of Joe and his hard-working staff.

The $120k BM90 Subzero Challenge (exclusive to grey horses) at Flemington on Oaks Day is now a strong possibility for the son of SO YOU THINK.

SO SPIRITED, a Magic Millions graduate, took Proven Thoroughbreds’ tally of winners for 2017 up to 37.