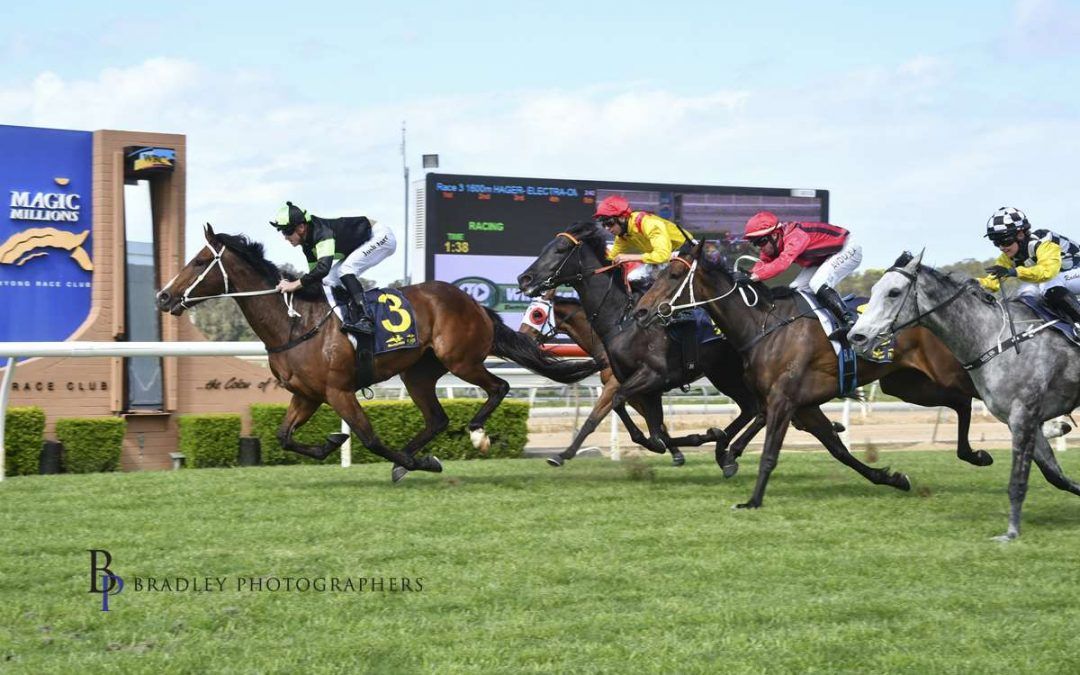 IS THAT SO became Proven Thoroughbreds’ 47th winner for the year when saluting at Wyong on Thursday.

The Joe Pride-trained gelding relished a distance rise to 1600m, emerging from a trailing position to win by three-quarters of a length under Josh Parr.

Described by Joe as “an improving horse”, IS THAT SO is likely to be tested beyond a mile this preparation and if successful, could develop into a handy racehorse for connections.

In his seven starts to date, the son of SO YOU THINK has finished in the top three on five occasions.

IS THAT SO is out of Joe’s former stakes-performed sprinter LA REMLAP, a half-sister to Group 1 winner MANAWANUI, who won stakes races up to 2040m.

Thursday’s result continues a gala run for the black and lime green colours, with 10 winners in the last month.

Shares remain in only two horses from the 21 yearlings Proven purchased in 2019, they are: