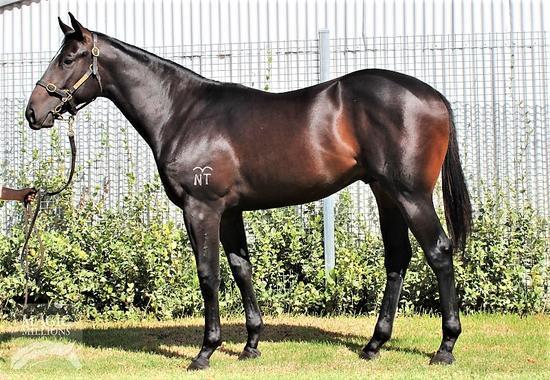 Proven Thoroughbreds and Joe Pride Racing left the 2019 Adelaide Magic Millions Sale with an attractive colt from the family of champion sire SNITZEL.

As well as sharing the bloodlines of the most accomplished stallion in the country, the AL MAHER x CONFIDENTIAL QUEEN colt is also a half-brother to ROYAL WITNESS, whom Joe has trained to three wins (two at metro level) this season.

This colt (lot 272) is a big and scopey individual with plenty of bone and presence, in contrast to ROYAL WITNESS, who was a smaller, chunkier type as a yearling.

CONFIDENTIAL QUEEN is a daughter of ROYAL SNIPPETS, a half-sister to SNITZEL and another established stallion in the late HINCHINBROOK.

Proven Thoroughbreds was pleasantly surprised to hold the winning bid of $62.5k. AL MAHER has been a vastly under-rated sire despite a stud record that boasts a winners to runners strike rate of 65% and 34 stakes winners.

This colt is both BOBS and Magic Millions eligible and will commence the breaking-in process immediately.

A video of the AL MAHER x CONFIDENTIAL QUEEN colt will be released in coming days.