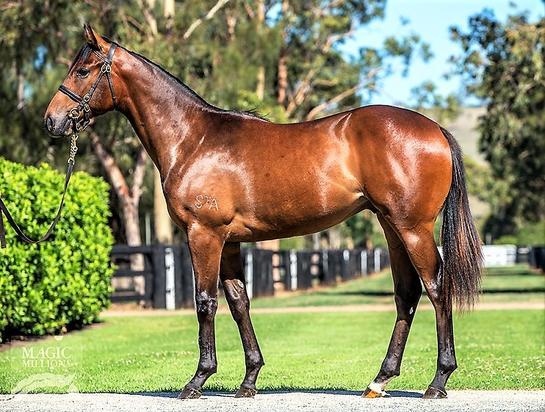 The Steve O’Dea show rolled on at Grafton on Monday as two-year-old colt CONTEMPTUOUS bolted in against older horses on debut.

Very rarely will a two-year-old be pitted against older horses in March but who could question trainer Steve O’Dea at the moment? In the last month he has prepared nine winners, including six for Proven Thoroughbreds.

Ridden by Boris Thornton, CONTEMPTUOUS won the 1006m contest with consummate ease and in doing so, vindicated the stable’s high opinion of the colt.

Steve’s foreman Matt Hoysted was on hand at Grafton and said the son of Rubick is the “ultimate professional”.

“He handled everything perfectly today and hopefully there are bigger and better things in store for him now,” Hoysted told Sky Racing.

CONTEMPTUOUS was purchased for $100k at last year’s Magic Millions Gold Coast Yearling Sale from the draft of Coolmore Stud. As he was paid up for the BOBS bonus scheme, connections banked a total of $16,825 – not bad for a country maiden!

Monday’s success perpetuates a stellar first quarter for Proven Thoroughbreds with 16 winners and almost $700k in prizemoney since January 1.