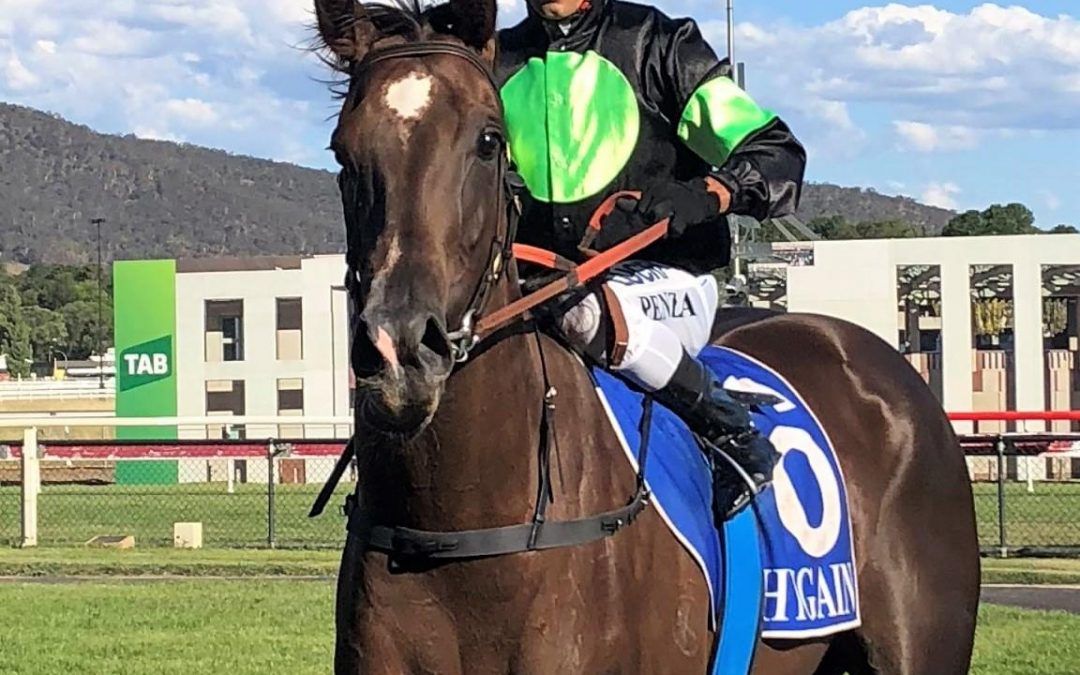 The John Bateman-trained WYENDRA made the perfect start to her career with victory at Canberra on Friday.

The daughter of Written Tycoon had impressed in a barrier trial on her home track of Goulburn last month before Jeff Penza guided her to a first-up win over 1300m in the nation’s capital.

It’s never easy for a first starter to win over 1300m, and WYENDRA was under siege late, but held on grimly to score by a short head after working hard early from the outside barrier.

John will now likely send the three-year-old for a deserved break because he is of the view that she will be a much better horse in six months.

Friday’s result continues a terrific summer for Proven Thoroughbreds, with 11 winners in just over a month and our second winner for 2018.

WYENDRA was purchased at the 2016 Inglis Premier Yearling Sale for the bargain price of $22,500.