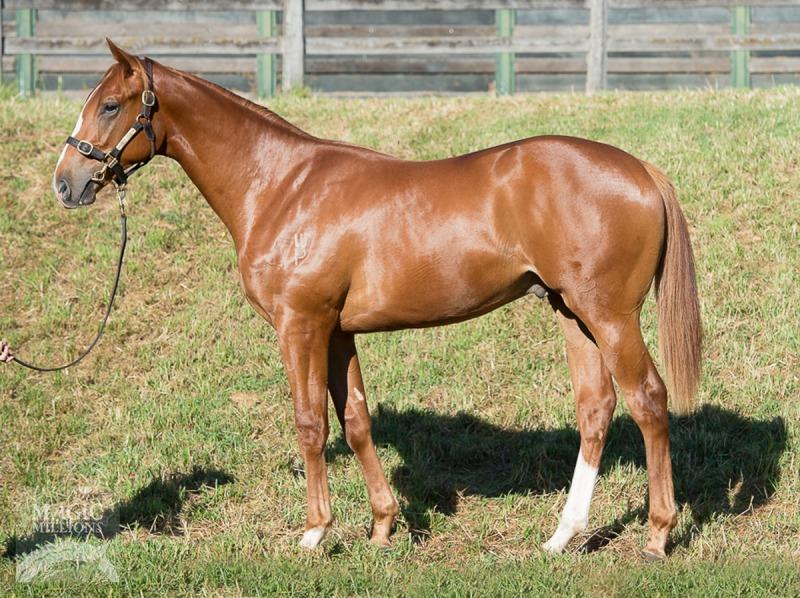 After securing a SNITZEL colt for $200k earlier in the session, Proven Thoroughbreds added lots 887 and 894 to its 2016 book of yearlings.

The first purchase was a colt by CHOISIR from MORE THAN READY mare ALACER, which is a half-sister to the stakes winner PRAVANA.

Perhaps the most appealing aspect of this colt (pictured) was the similarity in physique to our five-time stakes winner SIR MOMENTS. Both gallopers are by CHOISIR and boast ZABEEL blood on the dam line.

The other buy was a filly by CHARGE FORWARD out of REDOUTE’S CHOICE mare ANY OTHER DAY, a half-sister to two stakes winners – PHANTOM THEIF and SATURDAY FEVER, as well as the dam of champion galloper WEEKEND HUSSLER.

Also on the pedigree page is two-time Group I winner LUCKY HUSSLER, which was among the victors on Magic Millions day this year.

The colt was bought for $120k while the filly was knocked down for $100k. Both yearlings will be trained by Steve O’Dea at Eagle Farm.

Click here to view the pedigree of the Choisir-Alacer colt.

Click here to view the pedigree of the Charge Forward – Any Other Day filly.