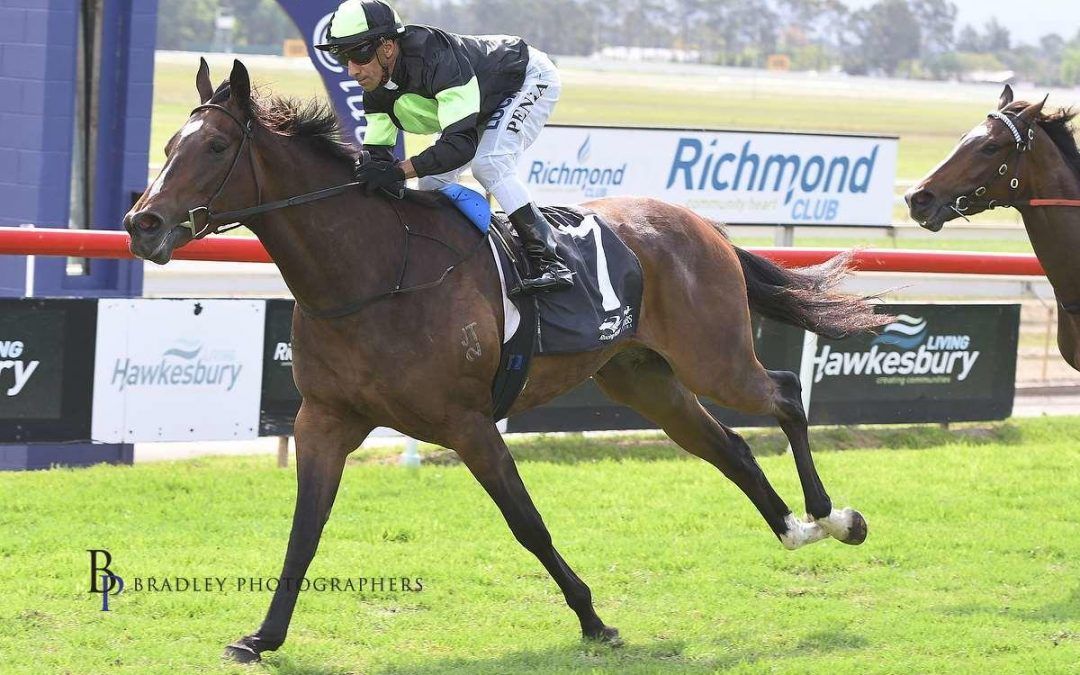 Two of our more promising three-year-olds will feature in the week ahead.

ZEDFORCE and DISCREET CHARM (pictured) will look to boost their profiles when they run at Hawkesbury on Saturday and Goulburn on Thursday respectively.

Both fillies are prepared by John Thompson at Randwick and hold a nomination for the Group 1 ATC Australian Oaks (2400m), to be run at Randwick on April 14.

Proven Thoroughbreds is also gearing up for a busy Sunday with runners at potentially three meetings – Canberra’s Black Opal Stakes day, the Sunshine Coast and Grafton.

SIR MOMENTS debuts for the Joe Pride stable in the Listed National Sprint (1400m) at Canberra in the hope that a change of environment will reinvigorate the former Queenslander. It must be reiterated that Steve O’Dea did a marvellous job with the horse for many seasons, winning several stakes races, including the Group II Queensland Guineas (1400m).

Considering Joe’s record with older horses, the decision was made by the ownership group to relocate the seven-year-old gelding to Warwick Farm.

Also running at Canberra will be SIR MOMENTS’ new stablemate GAMBLESTOWN in the Listed Canberra Cup (2000m) but his chances have been dealt a blow by barrier 17. However he’s been a model of consistency this preparation, placing in races from 1400m up to 2000m and earning more than $80k.

Then at Doomben on Wednesday, the O’Dea-trained WAS IT WORTH IT lines up in the 1650m BM65 in pursuit of his fourth win from eight career starts.

Three-year-old gelding CHOUXTORIAL, trained by John Thompson, will head to Goulburn with stablemate ZEDFORCE and run in the 1200m Maiden.

Our trialists in the week ahead will be SESAR and SIENNA ROSE for the O’Dea stable at Deagon on Tuesday.