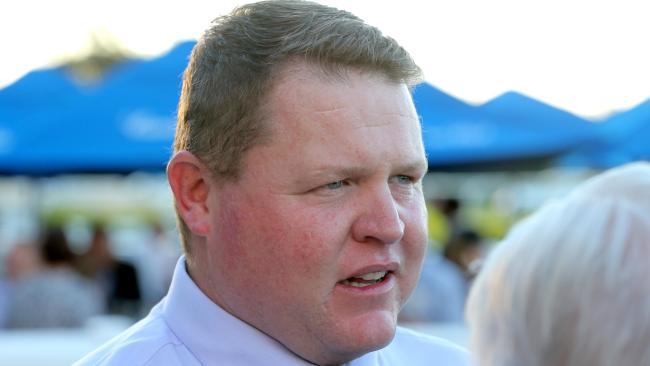 Talented three-year-old SCALLOPINI will attempt to win for the third consecutive start when he lines up at Doomben on Wednesday.

The Steve O’Dea (pictured)-trained son of SNITZEL has been dominant in his last two outings and been entered for the 1200m Class 2.

But before that, the John Bateman-trained WYENDRA makes her debut in the 1300m Maiden at Canberra on Friday after winning a barrier trial on her home track of Goulburn last month.

Then on Saturday Joe Pride’s GAMBLESTOWN continues his pursuit for a fourth metro win in the 1600m BM85 while stablemate THE EXCHEQUER looks set to break his maiden over 1350m at Wyong.

Our other runner in the week ahead will be FRANCISCA for the O’Dea stable. The daughter of LOPE DE VEGA is beautifully placed on the 54kg minimum in a 1350m Class 2 at Doomben on Wednesday after finishing second to a subsequent stakes performer last start.

On the trial front, O’Dea will roll out SETOKA, BEAU DANCER, COOL SEQUENCE, and WAS IT WORTH IT at Doomben on Tuesday morning.