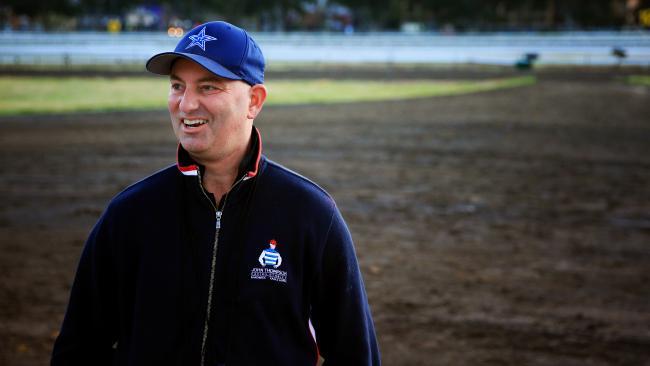 Proven Thoroughbreds will roll out five runners in the week ahead as a successful 2017 draws to a close.

With a little over two weeks remaining on the calendar year, Proven Thoroughbreds is six wins astern of the half-century mark and BLANCO CARA will have the first chance to notch our 45th winner when she tackles the 1900m BM71 Handicap at Canterbury on Friday night.

The John Thompson (pictured)-trained filly has been building nicely this preparation, with two sound runs at the same track, and is expected to be figuring in the finish despite a drawing an awkward barrier in eight of nine.

On Saturday at Randwick, the campaigns of GAMBELSTOWN and LAST WISH continue in the BM84 1600m Handicap and Listed Christmas Cup (2400m) respectively.

Both horses are overdue for a win, having placed multiple times in recent outings.

On the same day at Kembla Grange, Thompson-trained youngster CAPE COLADA will have blinkers on for the first time in the 1500m Maiden.

The step up to 1600m looks ideal for the Steve O’Dea-trained SORNJA at the Sunshine Coast on Sunday, as she aims to add to her consistent record of two wins and seven placings from 12 starts.

Four trialists will represent the black and lime green in the next seven days – TAMARACK and BOSTON BLUES at Hawkesbury on Monday followed by Saturday winner ARGENT D’OR at Warwick Farm on Tuesday as well as CHOREOGRAPH at Deagon.