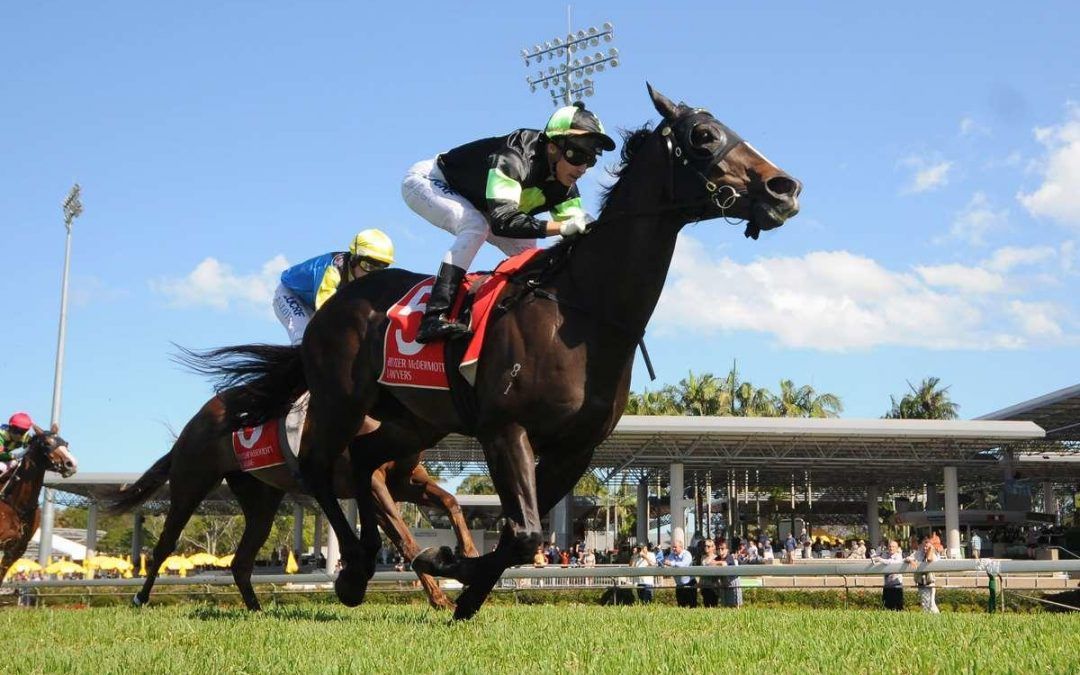 Following a successful run of results, Proven Thoroughbreds will be represented by seven runners in the week ahead including veteran campaigner REALLY REILLY (pictured) whose pursuit of an elusive metropolitan win continues at Doomben on Saturday.

The seven-year-old gelding has been a loyal servant over many seasons, winning seven races and placing in 14 others in 45 trips to the races.

The Steve O’Drea-trained galloper has put in three excellent runs this preparation and looks well placed to capture a deserved Saturday city victory in the 1650m NMW Handicap with promising apprentice Jackson Murphy in the saddle.

Then on Sunday at the Sunshine Coast O’Dea plans to run TOO HOT TO HOLD in the 1200m QTIS 3YO C1 Plate which will follow the Proven Thoroughbreds/O’Dea stable open day parade (more info).

John Bateman’s READABEEL, a victim of interference at a key stage last start, will be our other Sunday runner, in the 1200m C1 Handicap at Wagga.

Monday’s meeting at Goulburn will see John Thompson-trained mare ZEDFORCE tackle the 1200m C2 only half a kilogram above the 54kg limit.

TAMARACK, due to contest the 1550m BM74 at Canterbury on Wednesday for Joe Pride, rounds out the week ahead for Proven Thoroughbreds.

The Thompson-trained TAHSIN is our sole trialist, entered for a 740m open heat at Randwick on Monday.