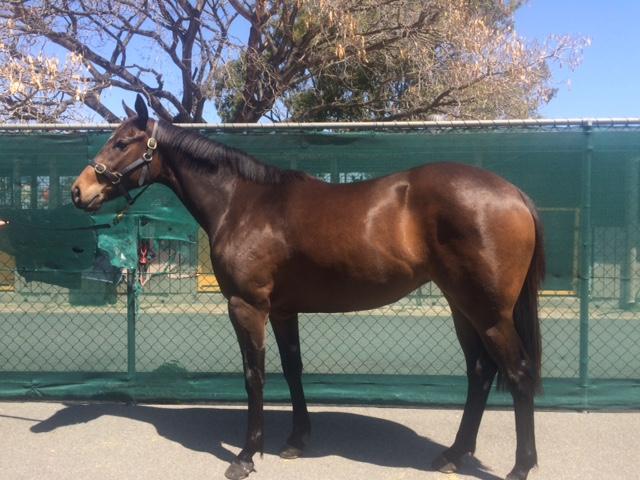 A splendid spring morning, a great roll-up and a bunch of healthy horses set the scene for the inaugural “Morning with Steve O’Dea” at Eagle Farm on Sunday.

On Queensland’s day O’Dea’s, Cowboys and Broncos supporters gathered to see a parade of Proven gallopers such as Sir Moments and Sleep Tight plus a handful of our two-year-olds.

The stand-out two-year-old in terms of development was the Pins-Worth Every Cent filly (pictured) who was described by trainer Steve O’Dea as a “different horse” since a blossoming from a late winter spell.

Having built up through the hindquarter, shed her shaggy New Zealand winter coat, and grown taller, the filly’s physical improvement was there for all to see.

She and the Denman-Queen Cleopatra colt, who has also developed significantly and pleased Steve in his early training, are the only Queensland two-year-olds we have shares remaining in.

Click here for more details on the Pins-Worth Every Cent filly.

Click here for more details on the Denman-Queen Cleopatra colt.