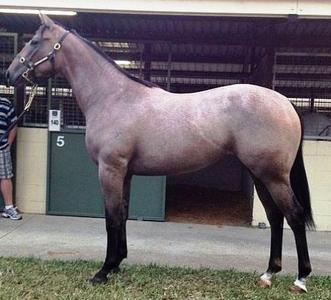 Talented mare Sleep Tight made showed her class at the Sunshine Coast on Friday with an easy win over 1000 metres.

After drawing the outside barrier on a track where the rail was out 12 metres, Sleep Tight was forced to race wide throughout but it mattered little in the end as jockey Paul Hammersley kept her relaxed and out of trouble.

In the words of race caller Alan Thomas, Sleep Tight was the only horse you wanted to be on when the field entered the straight. The grey cruised up to the lead with a furlong to run and extended away for a 1-1/4 length win.

Trainer Steve O’Dea has done a marvelous job to get this mare back into winning form after there were fears for her future when she appeared to break down at Ipswich last preparation but thankfully the injury was less severe than first thought.

The win of Sleep Tight perpetuated a recent run of form for Proven Thoroughbreds, becoming our fourth winner this month and 19th for the calendar year.