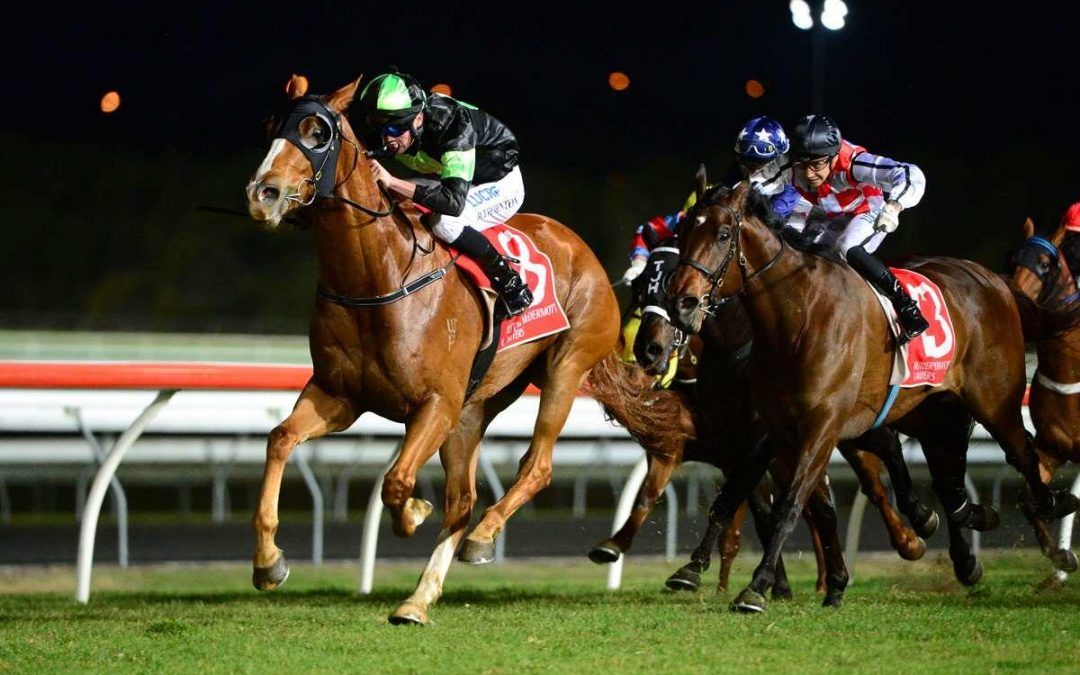 The exciting RECKLESS CHOICE took the rise to Saturday company in his stride with another dominant performance at the Sunshine Coast.

It wasn’t as soft as his five-length demolition at the same track three weeks ago but the son of CHOISIR proved a class above again, finishing two lengths clear of the runner-up.

There was a brief scare in the immediate aftermath of the race as stewards had to decide if a false start by one runner was enough to declare the race void.

Fortunately, the stewards declared the horse which broke early a non-runner and the result stood, taking RECKLESS CHOICE’s record to three wins and seven placings from 12 starts.

Much of the credit must go to trainer Steve O’Dea and jockey Boris Thornton, who rode the gelding to perfection.

RECKLESS CHOICE brought up Proven Thoroughbreds’ 28th winner for the calendar year and five since the season renewed on August 1.

RECKLESS CHOICE also bears a striking resemblance to Proven Thoroughbreds’ highest earner SIR MOMENTS (now retired). Both horses are rangy chestnuts by Choisir with Zabeel on their dam side and race in blinkers!