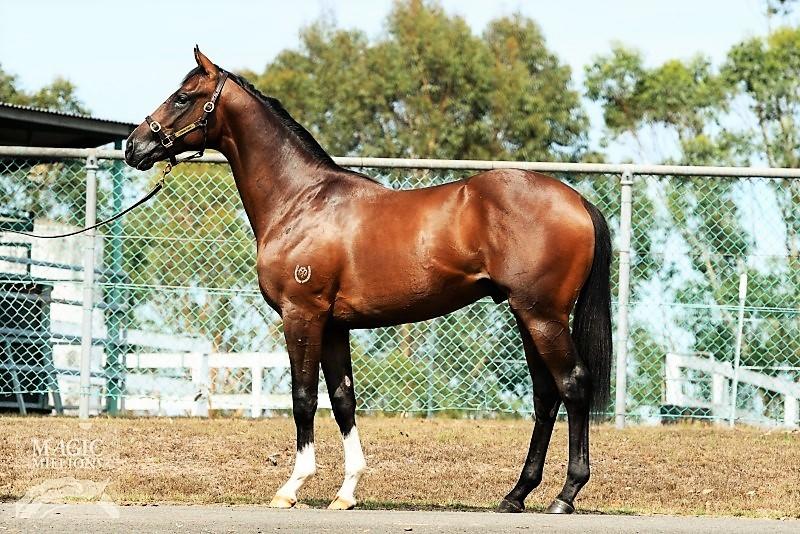 Lot 297 at the 2018 Gold Coast Magic Millions Yearling Sale was the most expensive yearling purchased by Proven Thoroughbreds on record.

Proven Thoroughbreds made the rare exception to aggressively pursue the I AM INVINCIBLE x SHE’S A WILDCAT colt on day two of the sale, and hit the mark with a bid of $330k.

A neat, compact individual, this colt is the quintessential early running type and has an outstanding pedigree behind him, being out of a sister to Group 1 winner FOXWEDGE as well as stakes winner SHE’S A FOX.

And his sire I AM INVINCIBLE has built his reputation from the ground up since his first crop hit the track in the 2013-14 season. Starting with a modest service fee of $11,000, Yarraman Park’s leading stallion now commands $110,000.

Such was this colt’s popularity, more than half has already been sold within the first 24 hours since purchase.

Trainer-in-waiting Steve O’Dea, who consistently prepares two-year-old winners, said the colt was his top pick of the entire sale.

To make an enquiry about this colt CLICK HERE.