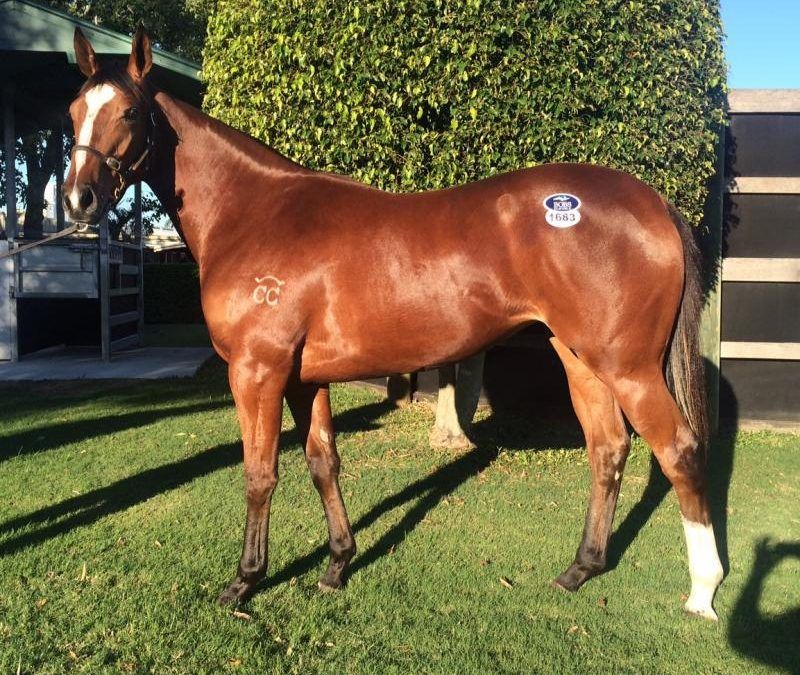 A strong filly by LOPE DE VEGA from a fast family is the latest acquisition for Proven Thoroughbreds.

Bred by Charlie Cropper at Guntawang Stud in Mudgee, this filly is an attractive type, with a deep girth and big ears (like CANDIKA!), a feature that the late Sir Henry Cecil (trainer of FRANKEL) had a particular fondness for.

A son of the world class SHAMARDAL, LOPE DE VEGA was a two time Group I winner in France on the racetrack before becoming Europe’s Champion First Crop Sire in 2014, producing four Group winners including the Group I Dewhurst Stakes victor BELARDO.

The dam, ASHANTI QUEEN, is a half-sister to the speedy DE LIGHTNING RIDGE, winner of the Group II Challenge Stakes (1000m) at Randwick in 2010 and placegetter in the 2008 Canberra Black Opal Stakes (1200m).

ASHANTI QUEEN is also a half-sister to COAST TO THE POST, which placed in the 2005 Listed Canonbury Stakes (1100m) at Randwick on debut.

This filly is BOBS & MM eligible and represents outstanding value. For any enquiries, contact Jamie Walter: jamie@proventhoroughbreds.com.au or 0418 281 447.