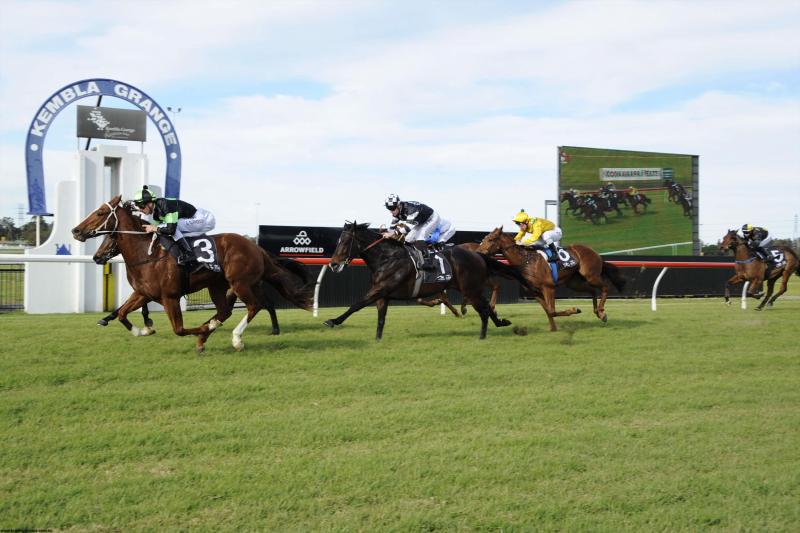 Proven Thoroughbreds’ strategy to up the quality of stock since last year has returned a great result with a winning debut by Sebring two-year-old ARGENT D’OR at Kembla Grange on Monday.

A member of the Joe Pride stable, ARGENT D’OR had finished fourth in two barrier trials this preparation before defeating older horses in the maiden handicap over 1000 metres.

The gelding made his run down the outside of the home straight under Sam Clipperton and surged late to win by a short neck.

ARGENT D’OR was a $150k purchase from the draft of Raheen Stud at the Magic Millions Gold Coast Sale last year and hails from the same family as Group I Coolmore Classic winner OFCOURSEICAN.

ARGENT D’OR was Proven Thoroughbreds’ second debut winner in the space of a month following the first-up success of the John Thompson-trained CANNON RUN at Hawkesbury on June 12.

Proven Thoroughbreds is up to 11 winners for the calendar year and our second Sebring winning juvenile for the season following the exploits of classy filly CANDIKA in Queensland.