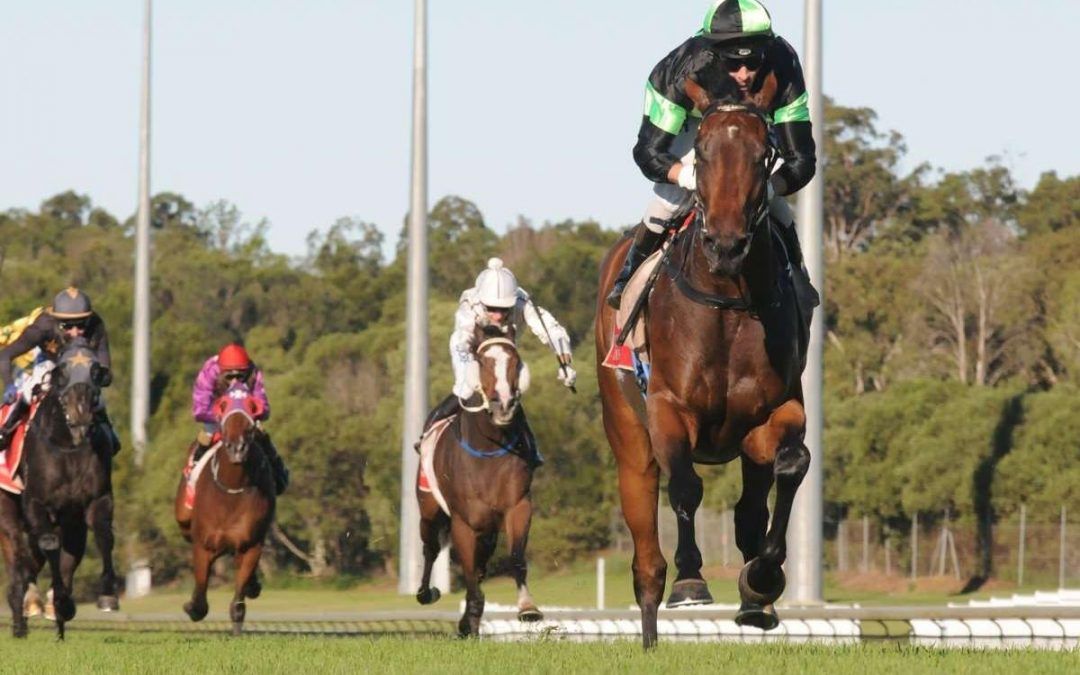 The Queensland Derby dream is alive for the owners of THE GOLDEN HIND after the Steve O’Dea-trained gelding walloped his opposition to the tune of 10 lengths at the Sunshine Coast on Sunday.

Taking the traditionally difficult step from maiden company to class one, THE GOLDEN HIND initially led his five rivals before racing away to win by the mammoth margin under Ronnie Stewart.

Any staying-bred three-year-old winning like that at this time of year must be considered a live Queensland Derby chance and that is the path this son of TAVISTOCK will take.

With the $600,000 Group 1 scheduled for June 8, THE GOLDEN HIND is likely to have two more conditioning runs before tackling the three-year-old showpiece.

THE GOLDEN HIND was Proven Thoroughbreds’ 26th winner for the year and 10th in the last month.