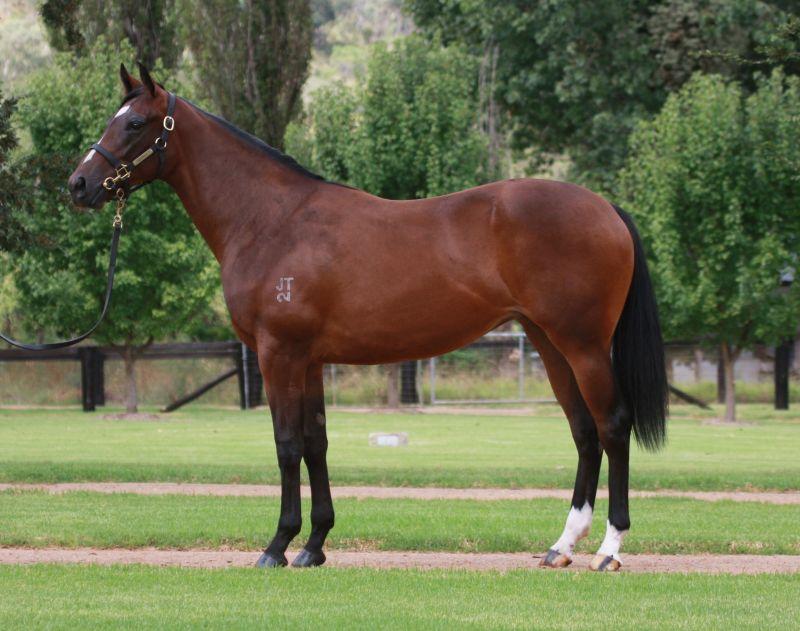 On the third day of the Inglis Easter Yearling Sale Proven Thoroughbreds was able to secure the half-sister to Group I winner VANBRUGH, by emerging stallion SO YOU THINK.

VANBRUGH, a three-year-old colt with earnings in excess of $570k, broke through at the elite level in last year’s Spring Champion Stakes (2000m) at Randwick.

His half-sister was knocked down to Proven Thoroughbreds for $170k and will be trained by John Thompson, who of course played a major role in the racetrack career of SO YOU THINK when foreman for the late Bart Cummings.

The filly is from a well-known family of high class performers including Guy’s former multiple Group winner PRISONER OF LOVE and the three-time Group II winner SPORTSMAN.

She’s also a beautiful type with a lovely head and eye (see picture).

As well as producing VANBRUGH, the dam SOHO SECRET has thrown a two-time winner by GENERAL NEDIYM. This is her fourth foal.

SO YOU THINK is a young sire on the move. He’s had seven starters in Australia and NZ for a Group II winner in GOLD RUSH, two more winners and stakes placegetter, as well as RIVO BOY which finished 4th in the Group I Sires Produce Stakes (1400m) at Randwick recently.

SO YOU THINK himself was not seen at the races until May of his two-year-old year so it comes as no surprise to see his stud career taking off half way into its first season.

Click here to view the pedigree of the SO YOU THINK – SOHO SECRET filly.