​Gamblestown back in the winners’ circle 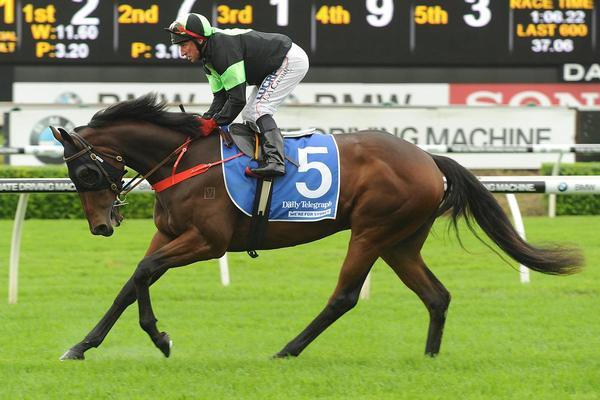 It’s been a long time coming but Gamblestown showed his worth with a strong victory at Warwick Farm’s public holiday meeting on Monday.

After winning his first two starts in impressive fashion, Gamblestown went on to perform credibly in three-year-old metropolitan races during the spring of 2013.

However his form waned over the subsequent six months which ended with injury for the son of Darci Brahma.

Having spent the best part of 16 months away from the racetrack, Gamblestown returned with an encouraging first-up run at Rosehill.

His next three runs were without a great deal of luck and the five-year-old remained out of the placings, much to the frustration of all involved.

So it was a welcome sight to see Gamblestown put his rivals away with relative ease over the 1400 metre course at Warwick Farm on Monday.

It was a reminder of the horse’s true ability and with a confidence-boosting win now under the belt, trainer Joe Pride will look to keep him on his winning ways over the coming weeks.

Credit must also go to jockey Sam Clipperton, who rode the horse beautifully from a midfield position.

In other results, Sleep Tight resumed with a closing second at Ipswich for our Queensland trainer Steve O’Dea. The grey mare has been a model of consistency during her short career and has two Saturday metropolitan placings to her name.