​Bigger things in store for NICCONITA 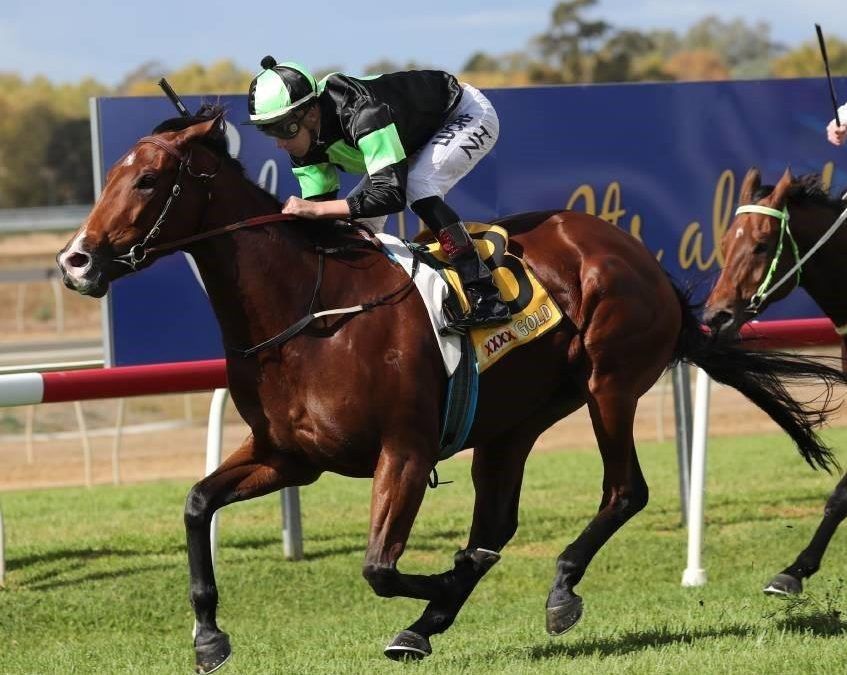 Exciting filly NICCONITA was an arrogant winner at her home track of Goulburn on Sunday.

The John Bateman-trained three-year-old was lumped with 60kg against older horses but treated her more experienced opposition with contempt after coming from last on the home corner to win racing away by 1-3/4 lengths.

NICCONITA struck some trouble in the early part of the straight but a composed ride by Nick Heywood allowed the daughter of NICCONI to slice through the field.

With prizemoney of $62,950 from two wins and three placings in six career starts, NICCONITA has already earned more than triple her purchase price ($20k at the 2016 Inglis Classic Sale).

The $60,000 TAB Highway Races held in Sydney every Saturday are now a realistic target for the filly.

John’s patient training of NICCONITA epitomises the philosophy of his former boss, the late Guy Walter, who was remembered this week after four years since his tragic death.