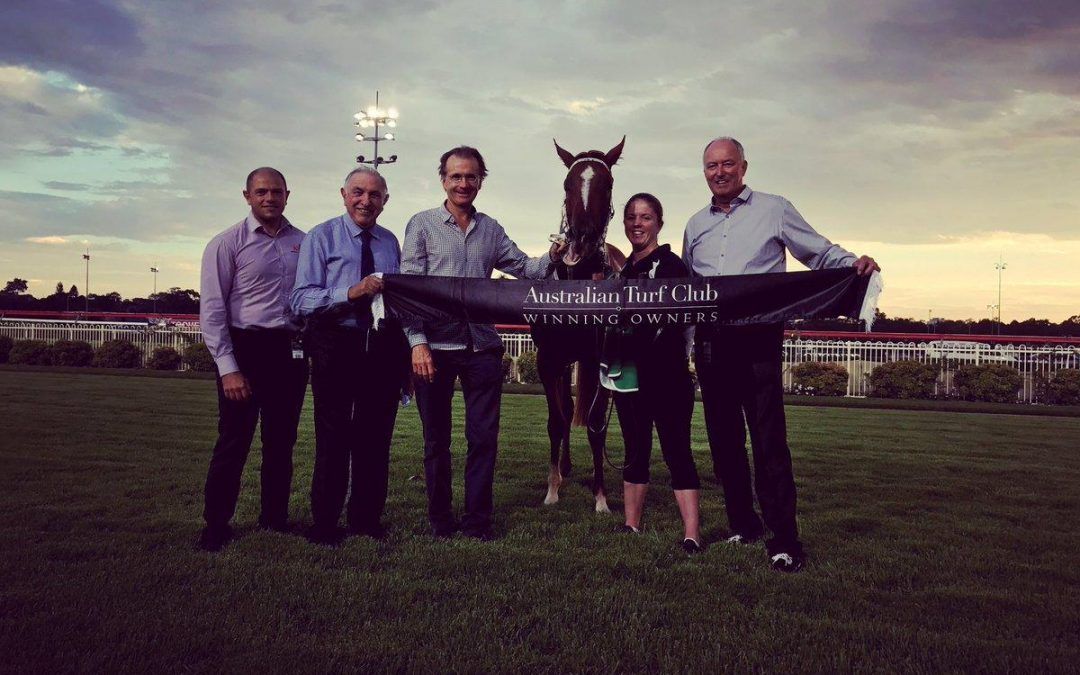 SEBRING 3yo ARGENT D’OR became Proven Thoroughbreds ninth winner for 2017 after ploughing through heavy conditions at Canterbury on Friday night.

Thunderstorms in Sydney had downgraded the Canterbury surface from a soft (5) to heavy (8) which was a query for ARGENT D’OR as his only previous wet-track run resulted in a sixth-place finish at Warwick Farm last month.

ARGENT D’OR was ridden at the tail of the small field by in-form jockey Jason Collett, who patiently bided his time on the gelding before pouncing on an inside run in the straight. The pair finished strongest over the final 100 metres to score by half a length.

The victory snapped a sequence of luckless outings for ARGENT D’OR spanning five starts since the beginning of his preparation in November. His record now reads two wins and a second from seven starts for $66,675 in prizemoney.

A big congratulations to trainer Joe Pride and our patient owners who are no doubt delighted with the city win.

Proven Thoroughbreds’ tally of winners so far in 2017 equates to a strike rate of a winner every five days!