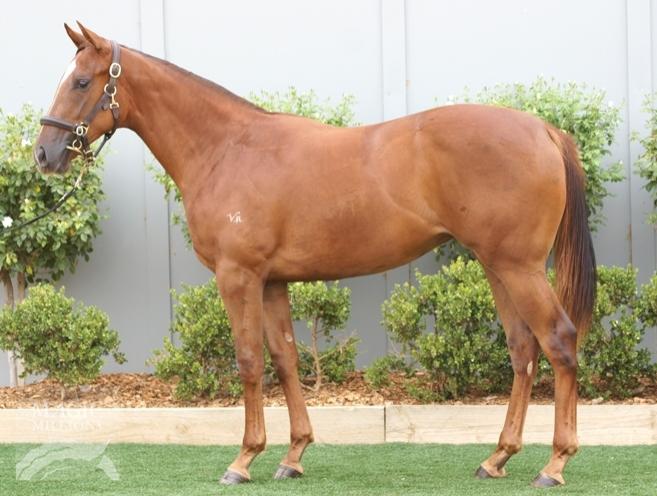 CANDIKA gave connections a great thrill in running a gallant third in the Gold Coast’s feature juvenile event, hours before lot 714 was knocked down to Proven Thoroughbreds for $65k.

The filly is out of FASTNET ROCK mare Waitomo Toka, a half-sister to Moonee Valley stakes winner OPPORTUNITY.

O’Dea was able to draw comparisons between CANDIKA and the SEBRING filly, a balanced type with big ears and a deep girth.

Proven Thoroughbreds has identified this filly as a ladies’ syndicate candidate, which carries a bonus of $500,000 distributed among the first four all-female owned horses in the Magic Millions 2YO Classic.

In this year’s Magic Millions 2YO Classic, the first all-female owned galloper home collected a bonus of $325,000, which was $145,000 more than the prizemoney CANDIKA received for third place!

Click here to view the pedigree of the Sebring-Waitomo Toka filly.