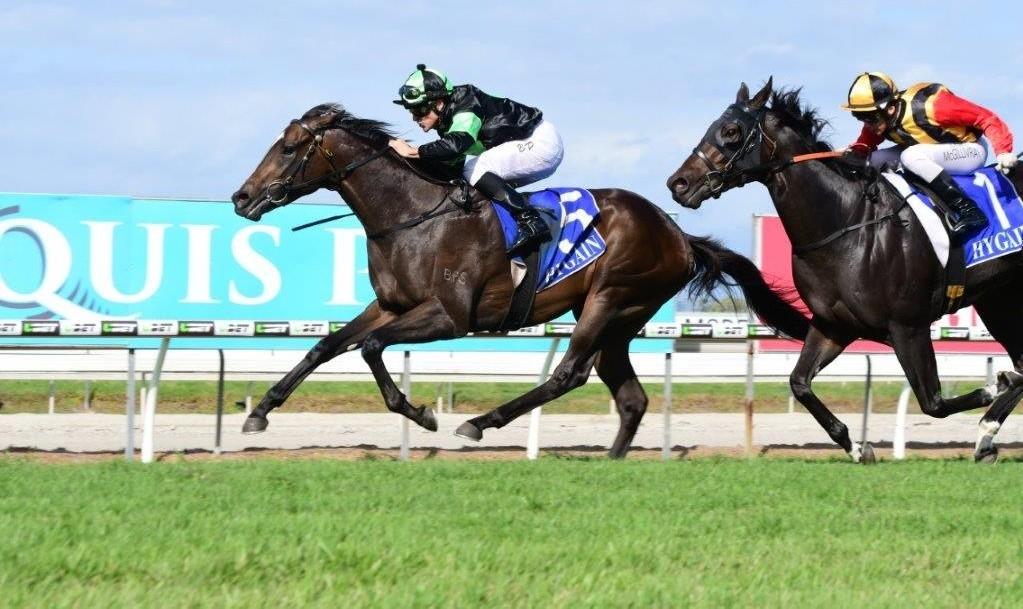 The Steve O’Dea-trained SESAR has put his hand up for the winter carnival juvenile riches with an impressive win in the Group III Ken Russell Memorial Classic (1200m) at the Gold Coast on Saturday.

A late pick up ride for Brad Pengelly after Paul Hammersley became indisposed, SESAR was afforded a ground-saving path to victory, cutting the corner on the home turn before staving off Boomsara by three-quarters of a length.

In winning his first stakes race in the Ken Russell Memorial Classic, SESAR emulated two of Queensland’s most exciting stallion prospects SPIRIT OF BOOM and SIZZLING.

SESAR started at the succulent odds of $16 despite finishing an eye-catching runner-up to subsequent stakes winner Mishani Hustler three weeks ago at the Sunshine Coast.

“His run was super at the Sunshine Coast and he wasn’t suited at his first run at Doomben when it favoured leaders,” O’Dea said.

“I thought he was a good chance if there was pressure on up front but he had to take advantage of any runs on the inside.

“He’s only lightly raced with this run being only his third start and he’s on an upward spiral.”

O’Dea is looking towards the Group II Sires’ Produce Stakes (1200m) in three weeks for the Sebring colt, a half-brother to six-time winning stablemate DOUBT DEFYING.

Then all going well, our owners will get the chance to see their horse run in a Group I two weeks later – the JJ Atkins Stakes (1600m) – a race Proven Thoroughbreds and the O’Dea stable have previously run SIR MOMENTS and CANDIKA.