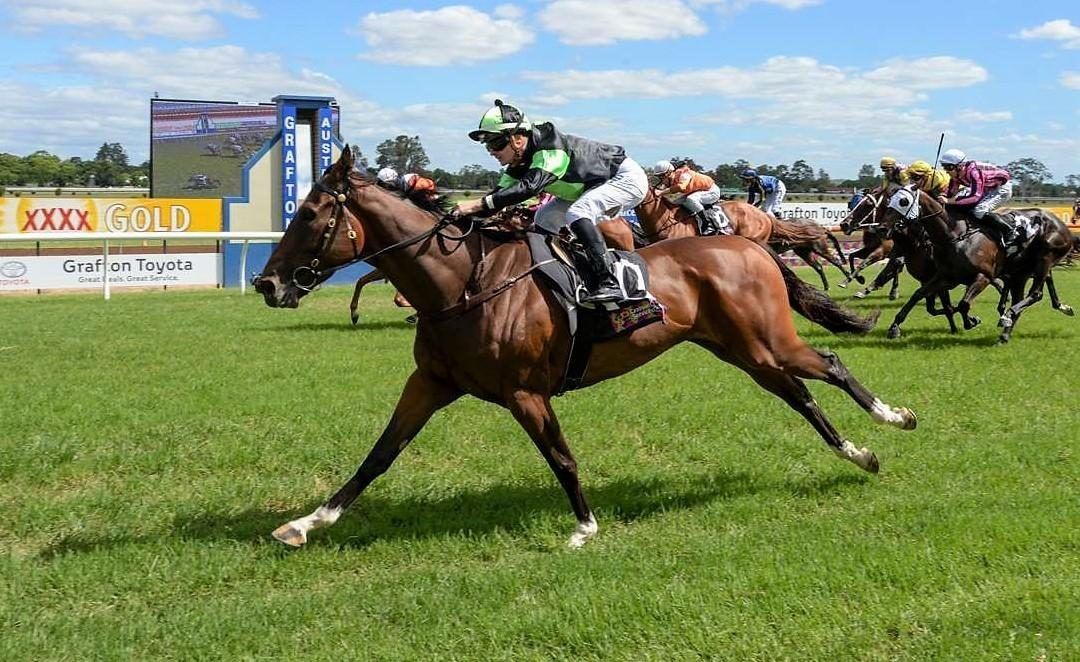 A long head was the difference between a winning treble and double for Proven Thoroughbreds on Friday.

Proven was represented by three runners at the Grafton meeting and almost had the perfect day out.

Following the earlier wins of MISSED THE ALARM (pictured) and WAS IT WORTH IT, it was up to TOO HOT TO HOLD in the seventh race on the card.

The game filly took a narrow split in the straight and was denied only by a fast-finishing horse to her outside.

Despite falling just short of a rare treble, any time you can jag two winners and a second from three runners is a welcome result.

And Grafton has been a happy hunting ground for our Brisbane trainer Steve O’Dea who has used the big-track venue to capitalise on BOBS-eligible horses and some New South Wales’ lucrative prizemoney. Since the beginning of last season, the stable has racked up 11 winners and five placegetters from only 25 starters – that’s a winning strike rate of 44 percent!

MISSED THE ALARM was probably the most exciting prospect to come out of the meeting. The three-year-old daughter of RIP VAN WINKLE covered a stack of ground and was very green in the home straight – veering towards the outside rail – but proved a class above her opposition over the 1700m trip. Steve expects the filly to flourish once she races over 2000m and beyond.